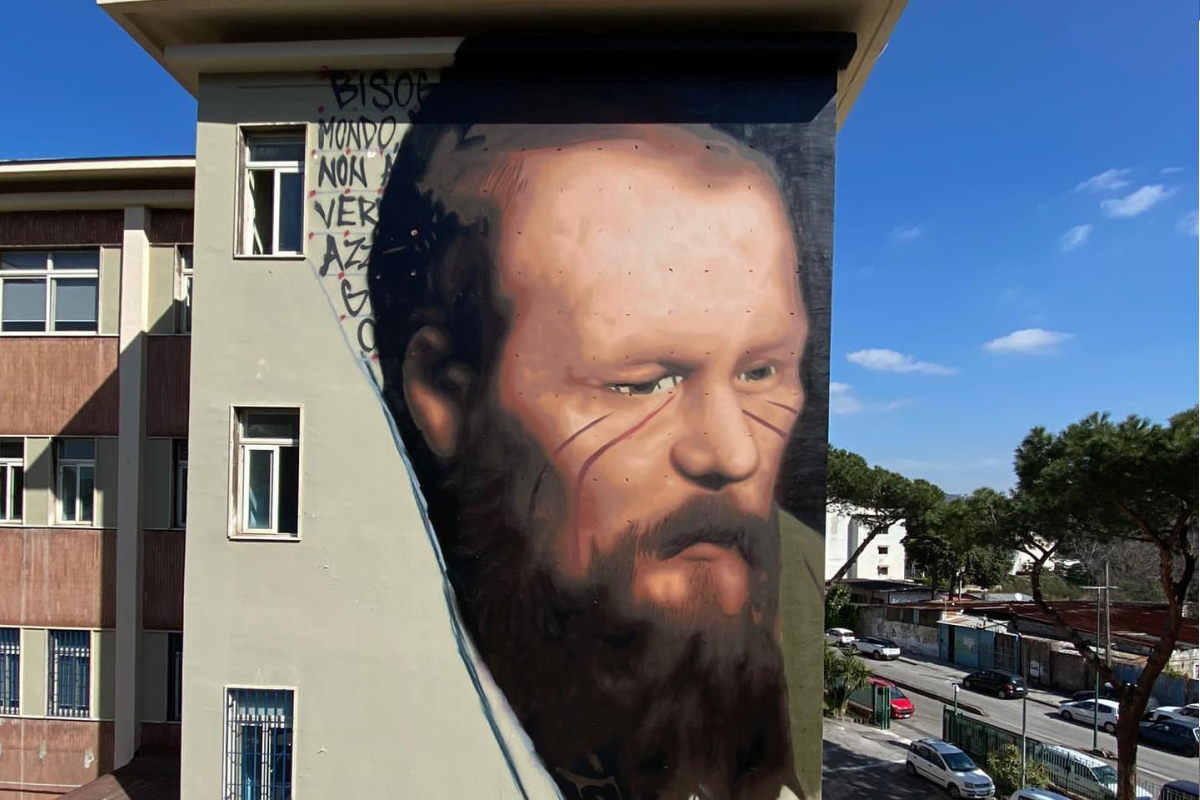 
Jorit’s mural in homage to the great Dostoevsky, which appeared in a school in Naples, is the best answer to those who try to censor culture under the pretext of war.

Fyodor Dostoevsky he is one of the most famous and brilliant writers of all time. Yet in recent weeks in our country he has become the object of censorship by the Bicocca University of Milan (which then backtracked). An absurd and unjustified reaction – following the invasion of Russia on Ukrainian territory – against Russian culture which has opened a heated public debate.

Faced with this event, many personalities from the academic and artistic world have decided to react by condemning all forms of censorship. But one of the most beautiful and most powerful responses to this short-sighted and ridiculous attitude came from Jorit, the Neapolitan street artist known all over the world for his wonderful (and mammoth) works. The artist has in fact decided to create a huge mural with the face of Dostoevsky on the wall of a school in Naples.

The “gaffe” of the Bicocca University of Milan which first censored a course on Dostoevsky, and then asked to restore it, but integrating it with Ukrainian authors, struck me a lot. – explains Jorit – From a small, but large, high school in Naples, I want to send a message so that culture is neither mere sectorial notionism nor flat dialectics. Only with culture can we understand the causes of wars and build PEACE: culture is a universal value, of the #humantribe, for which Dostoevsky is the patrimony of humanity.

WORK IN PROGRESS The “gaffe” of the Bicocca University of Milan which first censored a course on Dostoevsky, and then …

In the new beautiful mural, which appeared on the building of the Augusto Righi institute, the Russian author was portrayed with the distinctive sign that we find in all of Jorit’s works: the red marks on his face that refer to the African practice of flaying to symbolize the unity of what he likes to call “human tribe”.

Art and sport, especially in this period of war, must become channels for dialogue and the exchange of humanity, not places in which to grow barriers, as unfortunately we have seen in recent days. – adds Jorit – We all hope that the war will end and if it ends we will have to return to life, but it will be more difficult to do so if in the meantime we have accumulated hatred and divisions between human beings.
This is why I am happy that this work is being talked about on the most important Russian channels. We build bridges of PEACE, dialogue and peace is the only way forward.

Because culture is a universal value and should never be censored for any reason. And it can be a very powerful antidote in this dramatic and confusing time. Let’s defend it and stop generalizing it by blaming all the Russians without distinction!

“Miseries”: a renowned actor spoke about what is happening with Big Brother

26 minors are studying Covid-19 in Uruguay

How to survive the match against Mexico in Qatar 2022: advice from professionals

In which countries are customers most at risk of buying a car with returned mileage?

Fatty liver cases on the rise in India: Take these precautions