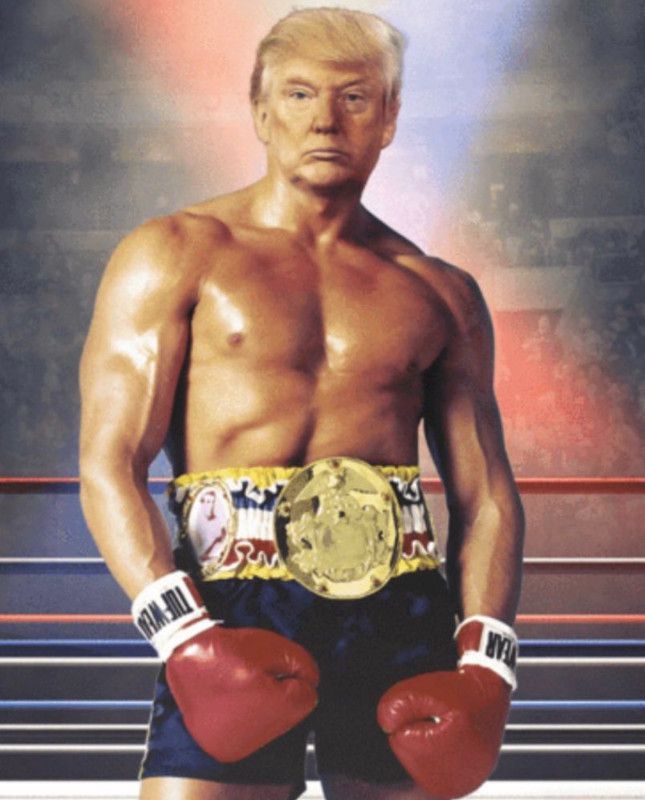 
Politics is a combat sport, Donald Trump has proven it again. The former host of the White House must comment on Saturday, September 11, the four games scheduled at the Hard Rock hotel-casino in Hollywood, north of Miami, said in a press release the video-on-demand broadcasting company FITE. The fights, broadcast in pay-per-view (49.99 dollars), will also be accessible on Triller, a video sharing site, as well as on the HBO channel.

Holyfield, who has not contested a boxing match for more than ten years, replaced another boxing legend, Mexican-American Oscar de la Hoya who withdrew and was hospitalized after contracting Covid-19 . Two other former great MMA champions, Anderson Silva and Tito Ortiz, are also due to face each other on Saturday.

“I love great fighters and great fights, looking forward to seeing both Saturday nights and sharing my thoughts at ringside”

According to the sports channel ESPN, Donald Trump will be accompanied by his eldest son, Donald Jr., to comment on this evening. In the past, the former American president has not hesitated to stage himself, as in 2019 on his twitter account, where he appears on the body of Rocky Balboa. An image published without explanation, but where Trump claims to be a political heavyweight, when the Democrats launched an impeachment procedure against him.

The 75-year-old former real estate magnate hosted several boxing matches at his Atlantic City casinos in the 1980s and 1990s. In 2018, he used his presidential power to posthumously rehabilitate Jack Johnson, the first black crowned world heavyweight boxing champion in 1908, before being sentenced to prison for racist reasons.

Before him, other celebrities had already officiated for Triller, such as rapper Snoop Dogg or actor Pete Davidson.

The marinière, the essential garment made in France

A 21-year-old man is arrested in Shkodra, declared wanted after his cryptocurrency laboratory was discovered in Shkodra

Felipe Solá crossed Santiago Cafiero for his defense of Venezuela

Modi in Japan: India’s solution to any challenge: Modi