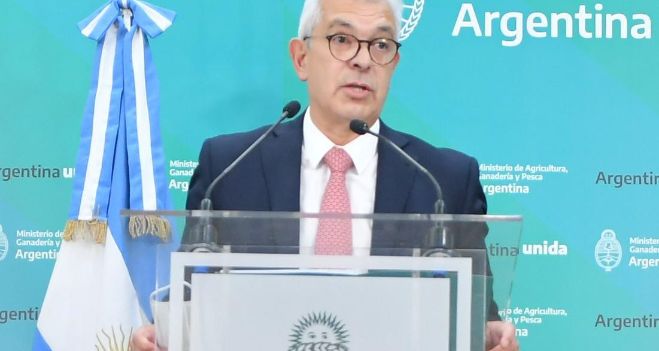 
The Minister of Agriculture, Livestock and Fisheries of the Nation, Julián Domínguez, affirmed this Wednesday in the Chamber of Deputies that diesel “will not be lacking” and that, although he acknowledged “logistics problems” in its distribution, the Government awaits the arrival of three ships in the next few days.

“There are difficulties in logistics at this time, but diesel will not be lacking, it is supplied late, but three ships will enter the country these days,” he said in the framework of his presentation at the Chamber’s Agriculture and Livestock Commission. low, that president the radical deputy, Ricardo Buryaille.

The official carried out a detailed analysis of the main axes of the work of his portfolio and explained that “the main question that the Argentine producer has, and that he demands from the political leadership, are predictability rules.” In this sense, he affirmed that his management at the head of the area points “to that objective”.

“Hopefully we can enact the laws that society and the Argentine countryside need,” Domínguez remarked, emphasizing the need to have the agro-bioindustry law.

“In the agro-bioindustry law we seek consensus to prepare the project that came to Congress, and we are willing to reach the necessary agreements for the law to pass,” he stressed.

He also stressed that “basic consensus and promotions are being built for those who decide to invest in Argentina, and that is important.” “I believe in public-private consensus and it would be necessary to have a law of these characteristics as a commitment for the future, and a signal for the countries of the region, a signal for the Mercosur countries,” he added.

In another passage of his presentation, he maintained that at present “we find ourselves with the novelty of the decade, which is climate change, which was seen, for example, with the simultaneity of the fires in Corrientes and the floods in Trenque Lauquen.” “This issue is here to stay and the solution for us comes from the side of biotechnology,” the minister completed.

On the other hand, he underlined the country’s potential as an exporter of raw materials. “Today in the world there are one billion people who do not eat, and that opens a horizon to promote and respond to that demand,” he pointed out.

The blue dollar climbed four pesos, was sold at $224 and set a new record

From February 1, 2022, the transition to the new model of the electricity market will take place

Careful Cuts was renewed: the new price of meat until August 7