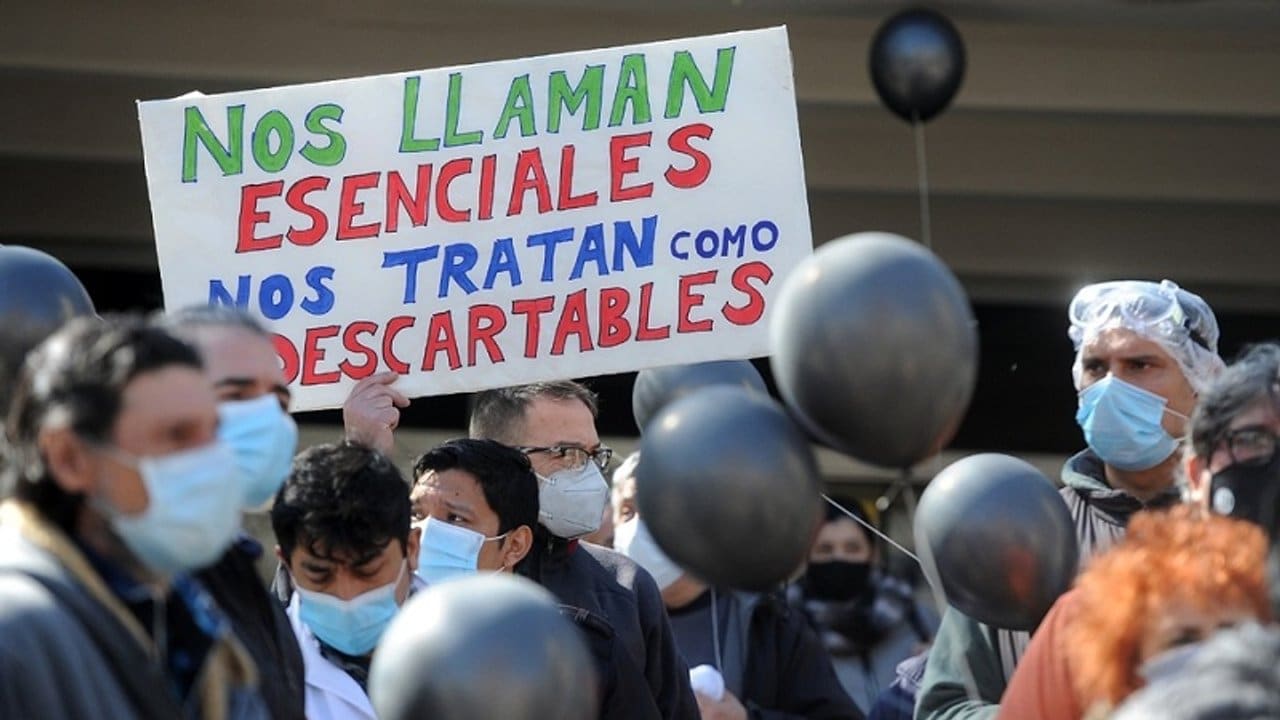 The pandemic of Covid-19 put the doctors in the front line of battle and gave them greater recognition than they had. However, this is not so for Horacio Rodriguez Larreta, head of the Buenos Aires government, who despite constantly thanking them, does not return kindnesses. now in the Buenos aires city There will be a strike of health personnel, a situation that has not changed for at least a year.

The Association of Municipal Physicians of the City of Buenos Aires (WMA) will start starting Tuesday a 24-hour strike to claim salary increase above inflation and better working conditions as reported by NA. The entity warned that the guards will work normally while public hospitals will be affected.

For his part, the head of the AMM, Jorge Gilardiwarned that «there was no recognition of the health team” and demanded “better working conditions” and “better pay.” Although they were offered a parity, he explained that they consider it «insufficient» thinking that «it has been two years since the health emergency was declared due to the Covid-19 pandemic. From that moment, everyone was locked up, except the doctors.

A repeated claim for Larreta

The July 13, 2021this same entity announced a 24-hour strike to claim a 50% salary increase and recognition for the nurses, who were not part of the health team. Now the situation is repeated although the order aims to achieve a «inflation pattern» and that their salaries are not behind in comparison to the increase in prices.

In the City of Buenos Aires not only doctors stop

Next Thursday, March 24, there will also be a nurses strike in claim of the “aberrant dismissals” made by Horacio Rodríguez Larreta in search of cut ministry spending. In turn, they continue with their protest for a salary improvement and recognition for their work in the pandemic. This reveals the “debt” that the City of Buenos Aires has with the health sector.

They released hard news about Moria Casán and his Canal Nine cycle: "In his place"

Atlético Tucumán-Argentinos Juniors: schedule, formations and how to watch the League Cup live

Juana Viale made a decision about her professional life, and distanced herself from El Trece?

Up to 40,000 Russian servicemen killed, wounded, captured or missing in one month of war in Ukraine – NATO