Djokovic is again the first, great progress of Kecmanovic 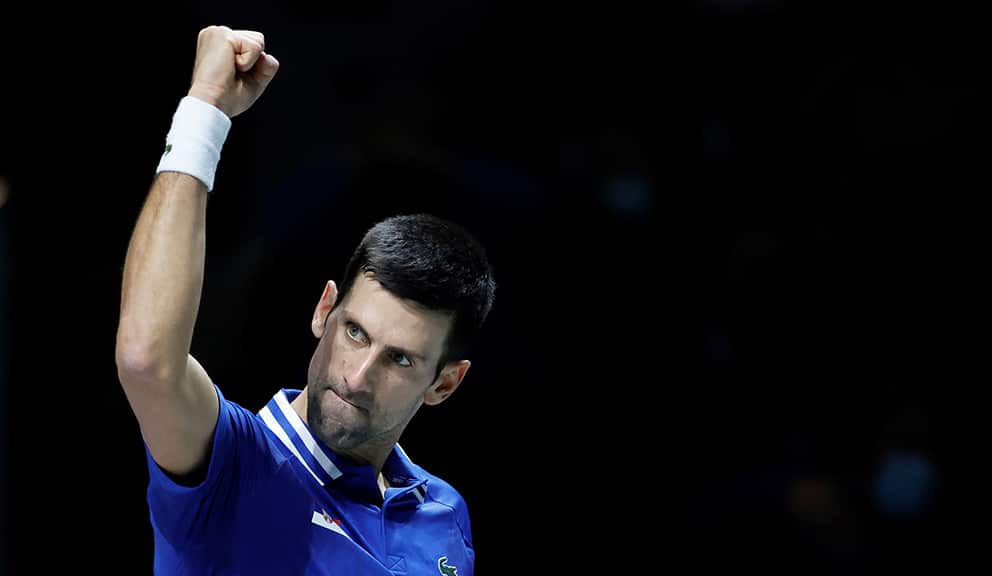 As of today, Serbian tennis player Novak Djokovic is again the best player in the world, which started the 362nd week at the top of the ATP list.

Djokovic has 8,465 points on the first position, ie only 20 points more than the second-placed Russian Danilo Medvedev.

As of today, the third position is occupied by the Spaniard Rafael Nadal, who “skipped” the German Alexander Zverev, while the Greek Stefanos Cicipas is still the fifth player in the world.

The places were also replaced by the Russian Andrej Rublev and the Italian Mateo Beretini, while the eighth American is Taylor Fritz, who after conquering Indian Wells advanced by 12 positions and thus reached the best placement in his career.

The top ten in the world are completed by Norwegian Casper Rudd and Canadian Felix Auger-Aliasim.

When it comes to other Serbian tennis players, Miomir Kecmanović advanced by 21 positions and is now 40th in the world, and right behind him is Filip Krajinović who took one step back.

Dušan Lajović spoiled the ranking by three positions and is now 47th, while Laslo Đere kept the 52nd position.

Krunic is the 118th player in the world with 567 points, while Stojanovic is right behind her with 556 points. Olga Danilović kept the 146th place with 435 points.

Among the top ten in the world, there have been many changes.

The first is still the Australian Ashley Barty, while now behind her are the Indian Wells champion Iga Schwontek and the finalist of that tournament Maria Sakari.

Barbora Krejčikova and Arina Sabalenka fell by two positions each and occupy the fourth and fifth place, respectively, and the best ten in the world are completed by Paula Badosa, Annette Kontavejt, Karolina Pliškova, Garbine Muguruza and Uns Jabir.

The presentation of the book by Doniya about the Ukrainian dream, written by him in collaboration with Vyshebaba, Gluzman, Deresh, will take place in Kyiv

Mauricio Macri complained about inflation from the United States

“Show solidarity with Ukraine’s fight against Putin.” In Norway, they collect money for Bayraktar for the Armed Forces of Ukraine

How does lifestyle contribute to vascular diseases? Know how to defend