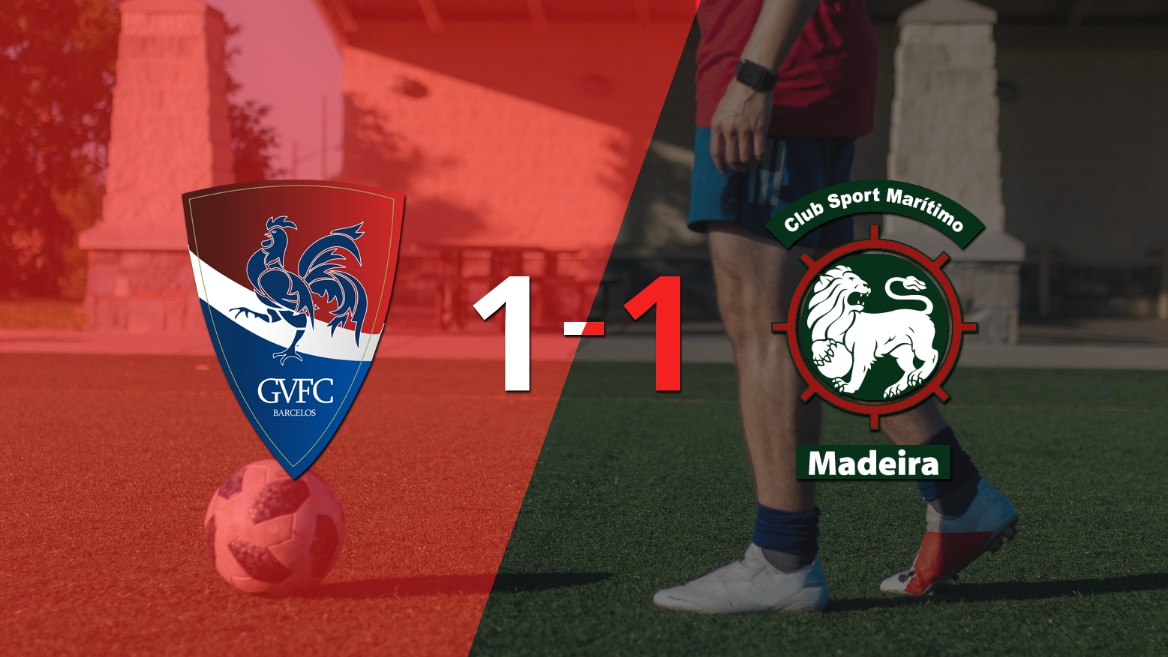 The match held this Sunday between Gil Vicente and Marítimo ended with a draw between both contenders.

With a goal from Joel Tagueu, they began by winning the visit at the end of the first half, however, 50 minutes into that stage, Samuel Lino, from a penalty, managed to equalize for the locals.

Samuel Lino was the figure of the match. Gil Vicente’s striker scored 1 goal.

For their part, those led by Vasco Freire from Seabra stopped with a 4-5-1 scheme with Paulo Victor under the three sticks; Cláudio Winck, Matheus Costa, Zainadine Júnior and Vitor Costa in defense; Diogo Mendes, Miguel Sousa, Pedro Pelágio, Rafik Guitane and André Vidigal in midfield; and Joel Tagueu up front.

The referee Claúdio Ruivo Pereira was selected to carry out the actions of the game.

On the next date Gil Vicente will visit Arouca and Marítimo will play at home against Tondela at the Marítimo stadium.

The local team is in fifth place with 46 points and 12 wins, while the visitor reached 33 units and is in eighth place in the tournament.

Neix el SAM, a music festival for promoting artists of the country

“The coach told us to write the names of the women and children on a piece of paper”: Shelvey confident that “Newcastle will be like the City of Psg”

Mino Raiola, the ‘pizzeria’ who became the ‘King’ of the market, is extinguished. This time the announcement is of the family: “He fought to the end”