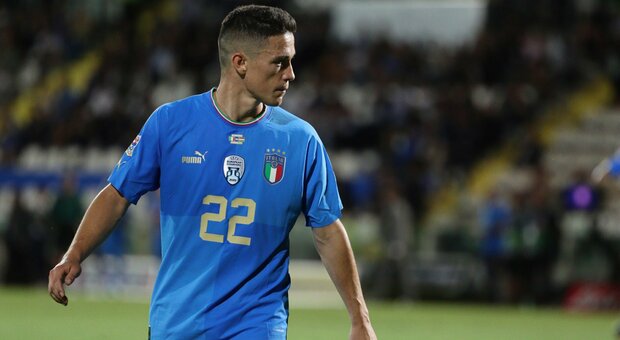 Two races to close the group of Nations League in the best way. After starting to lay the foundations for a new path last June, experimenting with new calls up to surrender to the five goals of Germany, the national team of Roberto Mancini will try to overturn the ranking of group 3 of League A of Nations League. In the presence of Hungary (7 points) and one point less than the Germans (6), England arrives in Milan, bottom of the standings, which so far has collected only two draws, one of which with the Azzurri. It’s a San Siro bewitched: in the last six matches of the national team, no victory and one defeat. It will be the fifty-fourth bench for the coach who will pass Arrigo Sacchi. With Immobile out, the coach chooses a 3-5-2 with Scamacca and Raspadori in attack. England will try to unblock the attack: the Southgate team in four games conceded six goals scoring only one.

20:40 Teams in the field. Time of hymns. Soprano Paoli intones “God save the King”

Previous: thirtieth confrontation between Italy and England. Balance in favor of the Azzurri with ten wins to eight, eleven draws complete the picture, two of which, however, ended with a victory for Italy after penalties.

18:45 The new jersey numbers have been communicated, Scamacca will have the 9th. 10 on Raspadori’s shoulders

The other Nations League matches

At the same time as the challenge of the blues is also played Germany-Hungary. In group B at 8.45 pm Bosnia-Montenegro and Finland-Romania; in League C, Bulgaria-Gibraltar.

PRESS RELEASE - Editorial responsibility UK Soft Ltd Black Friday 2022: the best Windows and Microsoft Office offers Many are waiting for Black Friday 2022 to buy long-desired products at great discounts. This not only applies to clothing, beauty products or household items, but also to purchasing software and digital licenses. Let's take a look at the best software deals to take advantage of this year and which are the most trusted online stores to purchase.

Pochettino’s dismissal could cost PSG dearly: the figures are spectacular

I DON’T SMELL SOMETHING THERE Filip Car attacked Dalila again because of Dejan, she started to defend herself angrily

Health, money and love / Here’s what the stars say about you today

The App that continues to impose the future of purchases: You ask and you receive for free!