Direct Federer-Nadal 4-4 on Sock-Tiafoe: the last game of Roger’s career at the Laver Cup 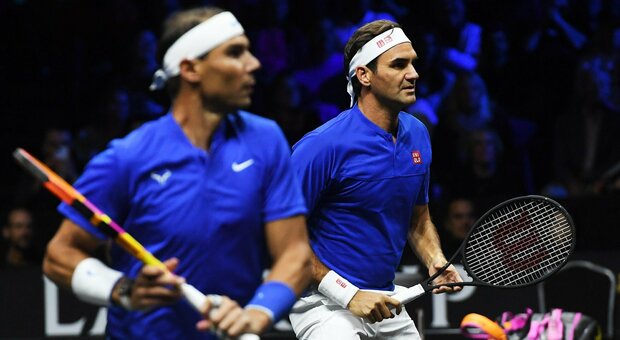 The eyes of the entire sports world are on the O2 Arena Londonwhere the tennis legend Roger Federer plays the last game of his incredible career. At the Laver Cup 2022 is paired in the double with the rival (but friend) of all time, Rafa Nadal. Opposite for Team World the American duo formed by Jack Sock and Frances Tiafoe. A match that transcends the mere result of the challenge between Team Europe and the rest of the world: today it is simply the last act of an unprecedented champion. Federer’s match will be the second, starting at 8pm. It starts shortly after 11pm.

5-4 Federer-Nadal cancel a break point from their opponents and take home the game. Roger decisive with a smash and a volley at the net

4-4 Cue with the forehand Federer, a mistake also for Nadal in return and Sock-Tiafoe keep the service. Balance still reigns

4-3 Federer is still on duty, ripping off the cheers of the O2 Arena for a winning smash. Nice last exchange with Nadal-Tiafoe protagonists under the net, won by Rafa.

3-3 Straight error and long answer by Nadal: still a tie

3-2 Great volley by Federer, who still gives a show. Shortly before another great intervention at the net, he and Nadal again ahead.

2-2 Sock-Tiafoe go 2-2 thanks to a couple of good forehands from Sock and a long forehand from Federer, who also shows legitimate difficulties in sprinting. 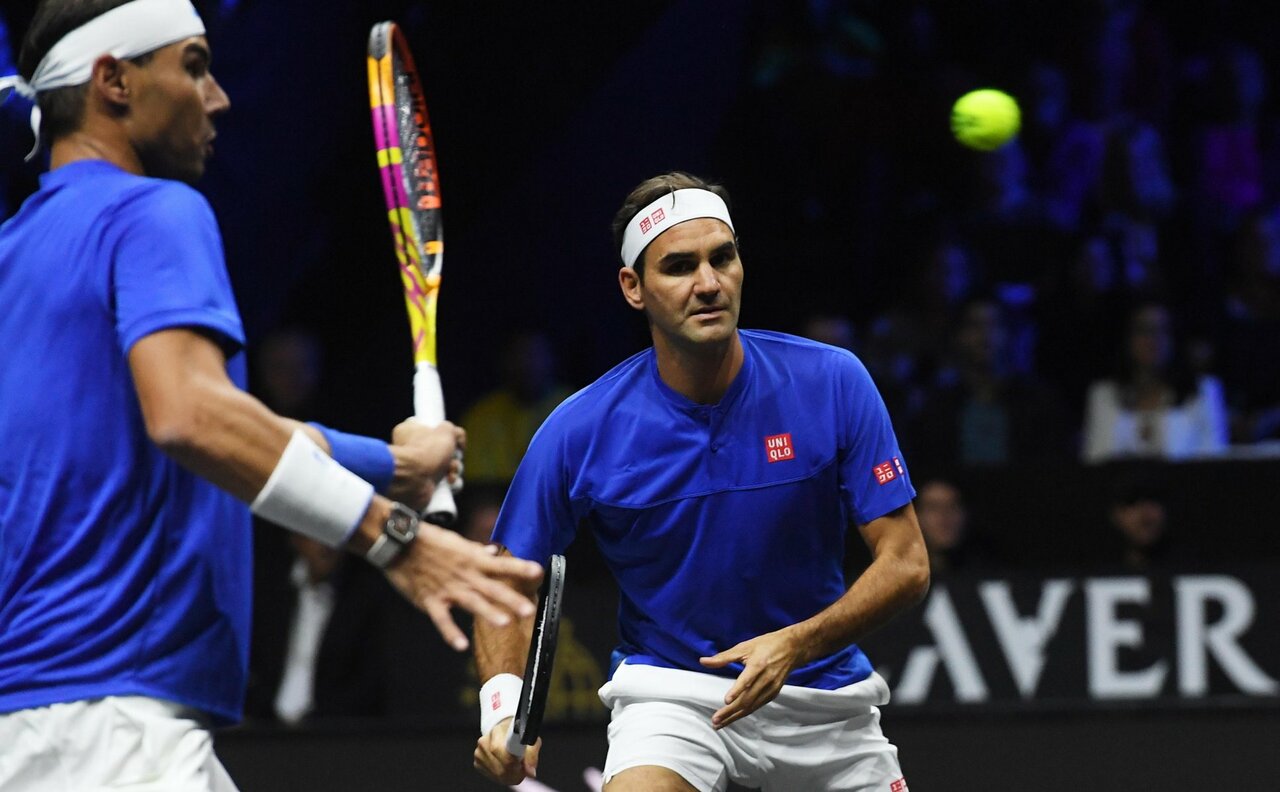 2-1 First service game for Federer, who takes home the game with a couple of good serves. A few seconds of pause for a forehand from Roger that passes from the hole on the side of the net among the “oohs” of the incredulous audience.

1-1 Ace from Tiafoe to close the game, before a couple of errors by Nadal including a volley under the net. All in equality

It starts at 11.11: they beat Federer-Nadal, in the service of the Spaniard

A couple of hours before the match Federer posted some photos of his preparation for the last match of his career: «I’ve done it thousands of times, but this one seems different to me. Thanks to all those who will come tonight ». Needless to say, the post was full of likes.

I’ve done this thousands of times, but this one feels different. Thank you to everybody who’s coming tonight. pic.twitter.com/lmPWTNzjbn

How the tournament works

Singles and doubles matches are played every day, with two four-game sessions on days 1 and 2 and a single four-game session scheduled for Sunday. To win, a team must score 13 points, with one point added for each win on the first day, two points for each win on the second day, and three points for each win on the third. If a team with only one match on the final day manages to score 13 points, an exhibition match after the trophy ceremony will take the place of the remaining scheduled matches. In the event of a tie after 12 games, the winner will be determined with a doubles final.

The Laver Cup on TV

The Laver Cup will be broadcast by Eurosport, which is visible on Sky’s decoder channel 210 and on Now and is also available on the Dazn platform for its subscribers. In streaming it is also possible to follow it on Eurosport Player and Discovery +.

The Italians sent the English to the "second league", the Hungarians inflicted their first defeat on the Germans

Sudden surge of Covid-19 cases in Europe due to Omicron’s BA.4 and BA.5 variants

Axel Kicillof billed the Government: “Resources are lacking for the suburbs”

Grishchenko and Lavrynovych were put on the wanted list in the case of the Kharkov agreements. State Bureau of Investigation intends to appeal to Interpol

Situation from Covid 19/ Ministry of Health: 1084 infected citizens and three deaths in the last 24 hours