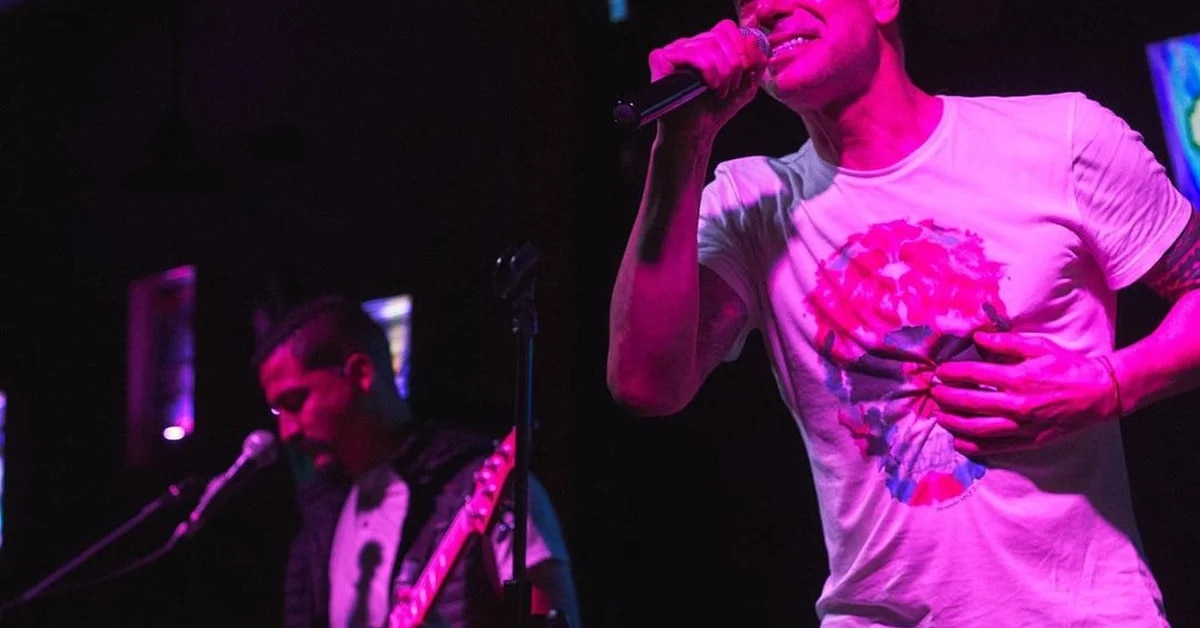 It was Wednesday, April 27, the clock marked 12:00 pm, it was the agreed time to chat with the renowned actor and singer Diego Bertieregarding his return to music and the presentations he was going to give at ‘La Estación de Barranco’.

I write to him two minutes before, prior to the agreed time of the interview, and I introduce myself via WhatsApp. “Hello, good afternoon, dear Diego, Jean Pierre Maraví, journalist from Infobae PeruIt is a pleasure and an honor to be able to write to you”. Diego Bertiehe answers me after three minutes: “Hello, the honor is mine, of course, we do the interview”. So, she called him and the first impression I have when I hear his voice on the phone is that of a friendly, honest and very transparent person.

The first question I asked him was about the sensations he had of singing again, because he had left the stage more than 20 years ago to dedicate himself to acting, a career that he led with a lot of discipline and professionalism. She spent several years outside the country, but then returned to Peru where she settled down and starred in real successes in the national theater.

In that conversation, Diego He was honest and said that at 54 years old he thought that “I was not going to sing again and when the pandemic arrived and I found myself a little desolate, aimless and without knowing what was going to happen to me as an individual, singer and actor”, but suddenly a call changed his life. They were inviting him to sing again, to go back to the recording studios. At that moment his enthusiasm was noticeable in his voice, in his way of recounting that talk he had with Augusto Madueño. “Suddenly, it was back to the beginning, to who I really was before I started acting in the soap operas and when I connected I said I need to sing. That fills my soul.”

And this decision was successful, after announcing his return to ‘The Barranco Station’his fans quickly sold out the tickets and his show was a return to the 90s when Diego Bertie, young, with character and determined, took over the stage to present his album ‘Fuego Azul’.

While listening to the responses Diego Bertie, I felt a lot of emotion because I was going to stand on stage again, and that, for anyone who has sung at some point, is an indescribable feeling. For the interpreter of ‘How difficult it is to love’, seeing how people sing his songs generated many emotions and joys. He himself told me what music meant to him and that his fans made it their own. “I was absolutely cut off from the world. So, for the people, I began to react, his love has been what has driven me to believe that it was possible. So, it was like traveling back to my youth and reviewing everything I had done in my life and leaving nothing unfinished.but to try to recover everything I did to build something more beautiful and better, to do something that I really really want to do”, he commented to Infobae at that time.

We all listen to music, we have different genres, but we always turn to it to forget about the different situations that happen to us in life. For Diego Bertie, music was synonymous with peace and tranquility. “I feel extremely grateful, because that is a gift. One is an imperfect, sinful being and the love of the people makes it become something beautiful. One is nothing without people, my intention is always for that bond to be beautifulthat the relationship you can have with someone is positive, I don’t want wars or fights, I just want peace and for me music is a way to meet and embrace you with people “.

While I was talking with Diego Bertie she showed herself as a person who consumed a lot of art, also at times she was smiling as if she had known you for a lifetime, more than an interview it seemed like a conversation between two friends who had seen each other again after a long time.

On that occasion he showed me the sensitivity he had towards the world, the respect towards the press and all the people with whom he interacted at some point in his life. I listen again to the conversation we had and I am surprised how recently he discovered that he was not alone and that behind his accounts on social networks there were always his followers, from Peru and abroad. “Sometimes the networks allow you to be genuine, I am not so communicative or I do not share my privacy. What I share is what I think are the things that make me happy and can make others happy. Not pettiness, you have to show to share. I don’t think it’s healthy to get into someone else’s life, it seems to me that people have to live for one. The mistakes of others are not to stone them, but to understand that it is part of their life and learning. Each one is trying to do the best he can.”

On his return to the small screen, Diego Bertie It was not clear yet, especially before the launch of the new season of ‘In the background there is room’. “I don’t know if they will decide at some point to return to the character, I have not the slightest idea, it is not among my plans and it is not among their plans, for now, I am focused on trying to get this from the music that stops. It’s a lot for me because I’m playing it all”.

At the end of the interview, he made a reflection that few lucid and good-hearted artists do about the new talents that come to light and try to move their career forward despite criticism.

“We have this habit of getting between ourselves and that’s not right. Applaud and celebrate each other’s successes. Suddenly you won’t agree, you don’t like it, but if the person’s intention is good, that’s what counts, the form doesn’t count, what counts, what is your intention, if you want to achieve something good you are on the right track, at least you are being a proactive person. The other is malice and disease”, he sentenced.

When I cut the recording and decided to say goodbye, Diego Bertie answered me with what would be the last thing I would hear from his voice: “Take care, may you always do well in life.”

Diego Bertie, Peruvian actor and singer, died at the age of 54 after falling from a building

The story of Diego Bertie and Jaime Bayly: A hidden romance that was confirmed after 28 years

Diego Bertie died: what is known about the tragic death of the actor and singer who mourned Peru

YOU BROUGHT THE BIGGEST EVIL TO BED Mensur received an invitation from Alma, praised Mina, and conveyed a clear message from Ardian and her mother: You will bring us all the way to the grave

Surprise? The test that Battaglia carried out thinking about Boca’s debut in the Libertadores