Dialogue with the terrorists and ax with the democrats 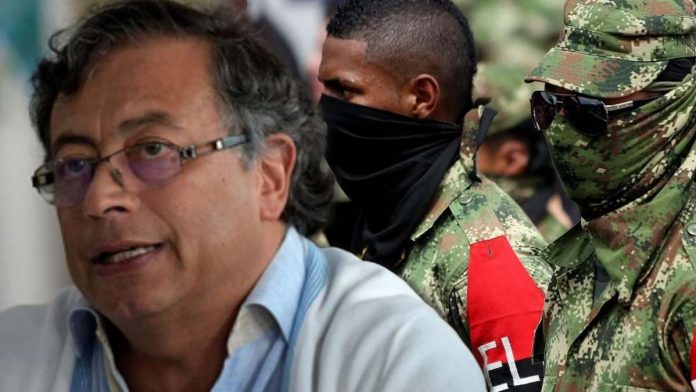 
Nicolás Maduro became one of the fundamental promoters and facilitators of the dialogue between the Government of Gustavo Petro and the National Liberation Army (ELN). As part of this effort, he lent La Casona, the official residence of the President of the Republic, for the first meetings to take place between the guerrillas who refused to participate in the Peace Accords promoted by former President Juan Manuel Santos and some Colombian irregular groups. , the most important of which was the Colombian Revolutionary Armed Forces (FARC). This facilitation work has had the support of the Cuban government and the recognition of several countries that support Petro’s effort to achieve total peace in the neighboring nation. So far everything is very good.

The problem arises when examining the contrast between Maduro’s attitude towards Petro and the Colombian insurgents, on the one hand, and, on the other hand, his behavior towards the Venezuelan and international democratic sectors that demand a sincere dialogue between the Government and the opposition with in order to restore democratic normality, fractured more than two decades ago, especially since 2018, when Maduro and Diosdado Cabello joined forces to call illegitimate presidential elections that embedded Maduro in Miraflores. The national president feels very comfortable and pleased to operate as a bridge between the irregulars and the government of the neighboring country, but he refuses to return to the dialogue table with the Venezuelan democratic forces.

This apparent inconsistency is explained because supporting Gustavo Petro in his policy of inclusion and peace in no way compromises Maduro’s permanence as ruler. On the contrary, it gives him a certain aura of a statesman and conciliator. Instead, sitting down with the Unitary Platform and other opposition groups commits him to addressing the thorny issues related to holding transparent and balanced elections under international supervision, such as those that have been held in recent years in Peru, Chile, Ecuador , Brazil and Colombia, just to mention our South American neighbors. In all these elections, by the way, the leftist options have triumphed. Except for the outrageous Jair Bolsonaro, none of the losers has thought of talking about fraud and ignoring the opponent’s victory.

Fortunately, in recent months, some governments and international organizations have renewed the campaign to try to seat Nicolás Maduro around the negotiating table. This initiative has been promoted by Emmanuel Macron, Gustavo Petro, Alberto Fernández, Gabriel Boric, Pedro Sánchez and the European Union, through its Parliament. Everyone converges on the need and importance for Venezuela to return to the democratic model, whose epicenter is found in the holding of free elections and in compliance with the popular will expressed through the vote.

Maduro’s support for the eventual peace agreements between Petro and the ELN may serve to pressure him to agree to be measured in 2024 in elections supervised by international organizations.

The ELN is a guerrilla group self-defined as a Marxist-Leninist. He has been described by the Colombian Government and other international instances as a terrorist, insurgent, drug trafficker and predator of the environment, among other scourges that fill his long record. The agreements with these subjects by the Government of Colombia will have to include an amnesty law that mitigates the numerous crimes and offenses they have committed. They must also define some channels that allow them to join institutional life, as happened with the FARC sector that accepted the peace agreements.

Maduro must know that Gustavo Petro will have to give in on aspects that are difficult to accept in a constitutional democratic state in which the rule of law prevails. He will have to deal with the broad swath of Colombian society that has been attacked by the ELN and that shows enormous reservations about transitional justice and amnesty for criminals who have caused great damage to society. However, these are the inevitable challenges that he will have to face if he intends to put an end to the explosive load carried by this dangerous group, which also lives between Colombia and Venezuela, where he moves freely.

For Maduro, the task is much easier. With whom you should talk and reach agreements are not violators of human rights, or terrorists, or guerrillas, or anything like that. They are leaders who aspire to recover democracy, promote peaceful alternation in power, submit to the sovereign will of the citizens and attend a vote without political prisoners, or disabled, or unjustly detained social leaders, such as Javier Tarazona, promoter of Fundaredes , an organization in charge of defending citizens from the excesses of the Venezuelan State in the border area and from guerrillas such as the ELN.

If Maduro wants to show himself as a pacifist to the world, he cannot promote dialogue with the terrorists and take out the ax in front of the democrats.

Minister of Economy of Ukraine urged businesses to resume work