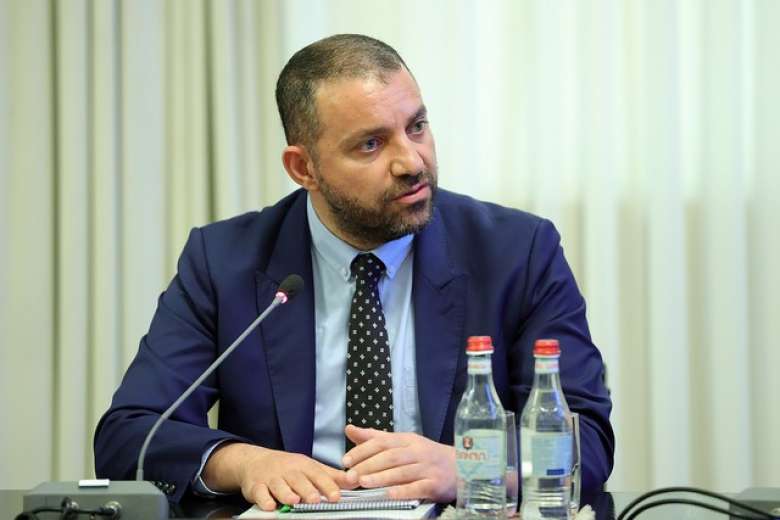 On September 30, Minister Vahan Kerabyan had a working meeting with the delegation led by the head of the International Monetary Fund (IMF) mission in Armenia, Iva Petrova.

The minister also referred to the programs implemented by the state in order to support the economic operators, in particular the economy modernization measure, the “Infrastructures for Investments” program.

The minister presented the state aid programs implemented in the field of agriculture, which are aimed at increasing the productivity of the sector.
Thanking for the reception, Iva Petrova noted that the IMF values ​​cooperation with the Armenian government and will continue to contribute to Armenia’s economic development and reforms with its programs. He particularly emphasized the initiatives implemented in the direction of the development of the knowledge-based economy.

During the meeting, a wide range of issues were discussed, which, in particular, related to regional developments and their impact on the economy, priorities for supporting small and medium entrepreneurship, the development of the capital market in Armenia, the banking system, access to finance, tax policy and the implementation of investment programs.

More than 200 companies with Russian capital operate in Armenia, 40 of which are large organizations that will be represented at the Armenian-Russian expo.

Scientists sound the alarm: 1.3 billion people under the age of 25 are at risk of hearing loss from…

MILJANA MAKES CHAOS IN THE HOSPITAL Kulić lost her temper before the operation, so she called him