Demarcation with Montenegro, Kurti says he is waiting for Abazovic to come to power 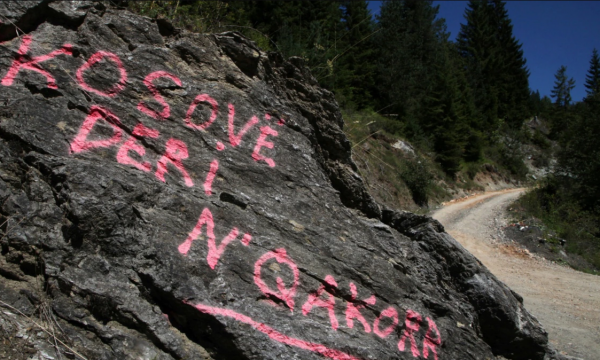 Kurti said that the issue of demarcation with this state, ratified four years ago, will also be a topic of discussion.

After his visit to the “Xhemajl Mustafa” school in Prishtina, Kurti was asked on the 4th anniversary of the approval of the demarcation of the borders with Montenegro, about which he said that the previous governments unjustly forgave Montenegro 8200 hectares of territory. of Kosovo.

“We hope that soon Montenegro will have a new government with which we can talk and address this issue. “Unlike the previous government, which had pro-Russian elements inside, except for Belgrade, and of course there were no conditions for such treatment,” said Kurti.

“We have held joint government meetings with Northern Macedonia and Albania, and we hope to do the same with Montenegro after the new government is formed,” he added.

The Prime Minister said that he hopes that Montenegro will have new conditions for this issue,

“We hope that there will be new conditions, with the new government to address this issue for which of course the fault and responsibility lies with the then government which unjustly, mistakenly and very harmful was given to Montenegro 8200 hectares of territory of Kosovo “, said Kurti./Express

By Paul Krugman: The Russian occupation has shattered the dreams of the natives, what would Odessa and Ukraine look like today?