Defined the semifinalists of the 2022 Season in the second division


Angostura FC, Deportivo Petare, Anzoátegui Academy and Atlético La Cruz They are the four teams that will continue in the race for promotion to the first division, after completing this Thursday the home run round in Liga Futve 2.

Angostura had already qualified in advance. Despite their 2-0 loss to Titanes FC, they remained in first place in group Awith 12 points.

The other classified from A was Petare, at the time refished for the instance of home runswhich thrashed Ureña SC 6-0 and finished with 11 points.

The tiebreaker favored the Anzoatiguenses in relation to Atlético La Cruz, who scored the same number of pointsafter equaling 0-0 with Heroes de Falcón, who was eliminated with a disadvantage unit.

The semifinals will be Anzoátegui Academy-Deportivo Petare and Angostura FC-Atletico La Cruzkeys that will define the two finalists who will go for the title and the only promotion to the highest national category. 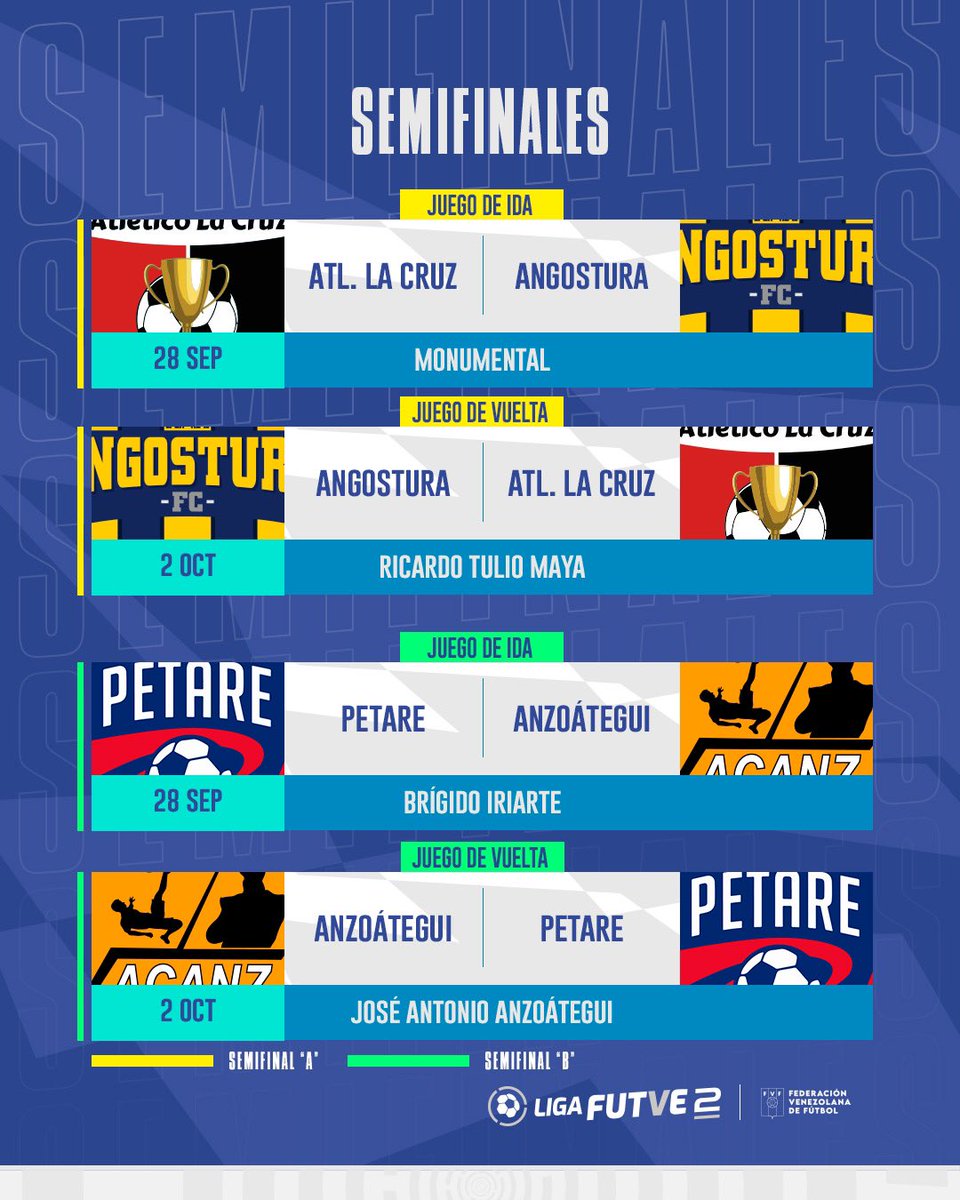 WHO convened Emergency Committee for the covid-19 pandemic

Measles: the keys to keep in mind about the collation of the vaccine

“We almost lost her.” 55-year-old Vacca showed his mom for the first time