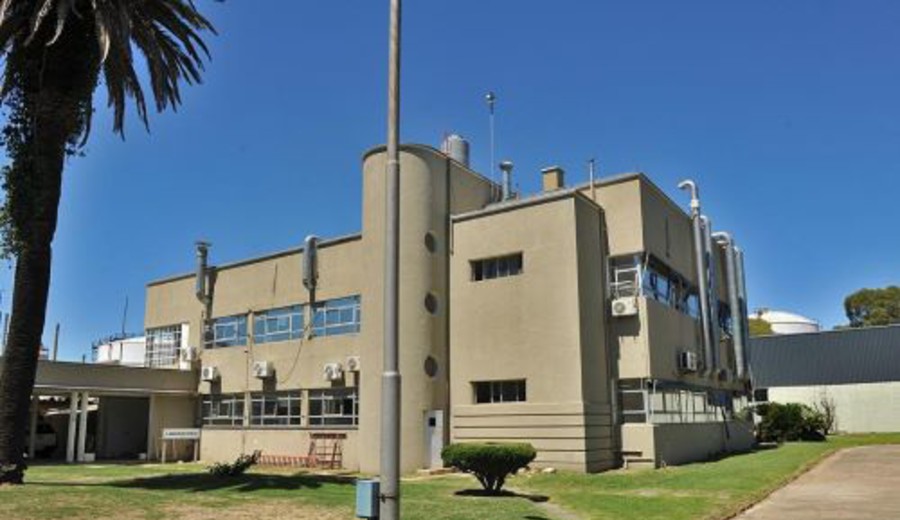 The Ministry of Education and Culture (MEC), through the National Cultural Heritage Commission, declared the works of the architect Rafael Lorente Escudero for the Ancap refinery as a Historical Monument. “We are honoring those who conceived it, those who built it, those who protected it and those who cared for it over time,” said Minister Pablo da Silveira.

The activity took place at the Ancap refinery, in the La Teja neighborhood of Montevideo, and Da Silveira was accompanied by the president of the state company, Alejandro Stipanicic; the director of the National Cultural Heritage Commission, William Rey, and relatives of the architect Rafael Lorente Escudero.

The minister highlighted the work of the architect Lorente and said that this recognition honors the Uruguayans of a time when the construction of a building, in addition to solving needs, was considered an opportunity to add value to the urban and to culture.

Da Silveira added that the characteristics of the property and its quality mark a historical and architectural moment, and that there is a community that cares for the good, so Ancap is aware of the heritage value of its facilities and will assume that value as its own.

The set of works declared a historical monument includes the fire station, offices, pump room, management, laboratories, steam power plant and chapel. This building was designed and built in the 1930s on the premises of the Ancap company.

Three years after the creation of Ancap, in 1931, work began on the installation of the refinery in La Teja, which became one of the first achievements of modern architecture in Uruguay, conceived, for the most part, by Rafael Lorente Squire.

The refinery consists of six white, sober and forceful buildings, which are integrated into the physical landscape in affinity with the dock and the oil tanker, as expressed in the resolution of the National Cultural Heritage Commission.

In addition, he subscribes that in this set of works, architectures handled with skill by the author are manifested, who, through his own gestures, combines elements of the expressionist repertoire, rationalism and Dutch expressionism as well as collecting suggestions from the landscape itself associated with the nautical universe .

Recipe of the week: Mushroom pie

“Ararat-Armenia” is the leader of the Armenian championship

There is one death from Covid in Albania, MH: 90 new cases in the last 24 hours