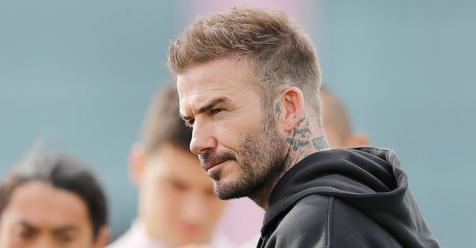 david beckham gave up this Sunday control of your Instagram account to one ukrainian doctor who works in the city of Kharkiv. The gesture of the former British world soccer star is that her more than 70 million followers on her social network witness the barbarity produced by the Russian invasion of Ukraine.

Videos and photos were posted on the former Manchester United and Real Madrid player’s Instagram account following Iryna, a child anesthesiologist and head of the regional perinatal center, during a day’s work amid the Russian siege.

“The first few days were very difficult. We had to learn how to work under the bombings and attacks”, said the doctor.

Among the published stories, the Ukrainian doctor showed the narrow basement through which all pregnant women and mothers with their newborn babies were evacuated during the first day of the Russian invasion. Photos were also posted showing neonatal wards relying on oxygen generators donated by Unicef. Also the video of a mother with her baby who was born with respiratory problems and whose house was destroyed.

Iryna said that they work non-stop, tirelessly. “We are probably risking our lives, but we don’t think about that at all. We love our work… The doctors and nurses here worry, we cry, but none of us will give up,” she said.

“The doctors and nurses here worry and cry, but we don’t give up,” he added.

Beckham invited his millions of followers to donate to charities that are working in Ukraine to ensure access to food, water and medicine, and to help all civilian victims.

“Thanks to your donations, the oxygen generators you have received are helping newborns survive in terrible conditions,” he said.

Meanwhile, the humanitarian situation continues to worsen. “The war in Ukraine is so devastating that 10 million people have fled, either as internally displaced persons or as refugees abroad,” UNHCR chief Filippo Grandi said on Sunday.

The sad end of the Superclásico: provocation of Boca players and projectiles from the stands

Call of Duty Modern Warfare II puts an end to rumors with an official announcement Follow us Join our community!

The people of Celje have already found a replacement for Rožman

The price of oil in the country is rising again, this is how much a liter will cost

What Happens To Your Cryptocurrency Wallet After You Die?

“On May 8, I will set myself on fire in the Republic Square in the officer’s uniform.” The victim’s father demands that Pashinyan be arrested