Cyberattack on the Eurochamber website, claimed by Killnet’s Russian hackers On the day of the resolution against Russia. Metsola: “My answer is glory to the Ukrainians” 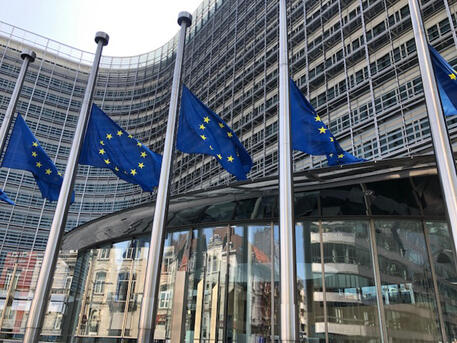 The Eurochamber website was targeted by a hacker attack on the day the European Parliament approved the resolution to recognize Russia as a “state sponsor of terrorism”. The cyberattack was claimed by pro-Russian hackers from Killnet.

“The availability of the Eurochamber website is currently compromised from the outside due to high external network traffic. This traffic is related to a Ddos (Distributed Denial of Service) attack. Parliament’s teams are working to resolve the issue as quickly as possible,” Eurochamber spokesman Jaume Dauch wrote in a tweet.
The intervention of the spokesman of the Eurochamber took place after, at about 2.30 pm, the wifi in the building that houses the Plenary in Strasbourg was interrupted for several minutes. The services were then restored but the Eurochamber site continued to go on and off and some pages were unreachable.

Metsola: “my answer to Russian hackers is ‘Slava Ukraini’
“The European Parliament is under a sophisticated cyber attack. A pro-Kremlin group has claimed responsibility. Our cyber experts are fighting back and protecting our systems. This, after we proclaimed Russia as a state sponsor of terrorism. My answer: #SlavaUkraini (glory to Ukraine, ed)”. The president of the Eurochamber Roberta Metsola writes it in a tweet.

“Killnet, the pro-Russian hacking group, claims to have launched a DDoS attack against the official website (@Europarl_EN) of the European Parliament. The website is currently unreachable from the United States”: writes the BetterCyber ​​profile on Twitter, company that deals with computer security, which posts images taken from the profile ‘We are Killnet’, in Russian. In the past, the pro-Russia hacker group has hit the systems of various Italian and world government sites with similar attacks, who had condemned the invasion of Ukraine. In addition to our country, they hit Estonia, Romania, Norway and the USA.

“Once again a characteristic aspect of this conflict is brought up which is characterized by the presence of non-state actors in cyberspace who are supporting both Ukraine and Russia and are conducting cyber operations of various kinds. Killnet is recognized as a collective of activists, but over the months we have also observed criminal gangs offering support to Russia, see the Conti group and Stormous”: he tells ANSA Pierluigi Paganini, cybersecurity expert. Paganini recalls among the latest DDoS attacks that took sites offline – the same dynamic as today in the Eurochamber – including those on American airports carried out in October. On this occasion, the Killnet group had published a list of targets on its Telegram channel, asking its followers to take action against them. In May, the pro Russia collective had launched Ddos attacks on various institutional sites in Italy.

The economic activity index increased by 10.2% in 5 months

How many avocados to eat a day to lower cholesterol levels

“There, at the khlіvі at the style of the nude, having seen our dog a pig, at the breasts there was a frequent knock – as many as 14 pieces of chicken.” Boklan read a poem about the “Russian soldier”

Have you confirmed it yet? Rodrigo De Paul made a controversial comment addressed to Tini Stoessel