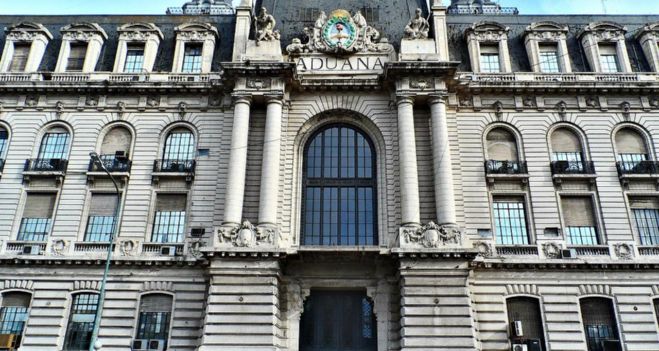 
The General Directorate of Customs denounced before the court an import of supposed technological material to the Special Area of ​​Tierra del Fuego that in reality were simple empty boxes or “junk technology” with which it was intended to register a fraudulent purchase for US$ 1.5 million. .

If the gap between the official dollar and the cash with liquidation is considered, having allowed the importing company to transfer the USD1.5 million would have implied an illicit profit of $300 million, Customs reported this Friday through a statement.

The merchandise originated in China, but was invoiced by a foreign company based in the state of Delaware, United States, incorporated on May 15, 2020.

What was striking for Customs was that the invoices that cover the shipments are issued in March 2020, two years before the ‘alleged imports’ that were detected and two months before the creation of the foreign trader company. .

Given this abnormality, the operation “passed to the red channel and exhaustive verification,” the statement said.

The technological waste that was intended to be imported was declared for an amount of US$ 1.5 million, when in reality the value of the merchandise did not exceed US$ 30,000 due to the residual value of the plastic and aluminum of the simulated equipment.

“We must take care of the reserves for production and job creation and prevent them from being used for irregular maneuvers with the simple objective of extracting dollars at the official value from the State,” said the head of the General Directorate of Customs, Guillermo Michel.

The criminal case was filed in the Federal Court of Río Grande, province of Tierra del Fuego, Antarctica and the South Atlantic Islands, and raids and judicial measures have already been ordered.

Carlos Melconian's warnings about the issuance and lack of dollars

The complete ranking of the price increase after Martín Guzmán resigned

What is the Ramsay Hunt syndrome that affected Justin Bieber

Why should we walk barefoot more often