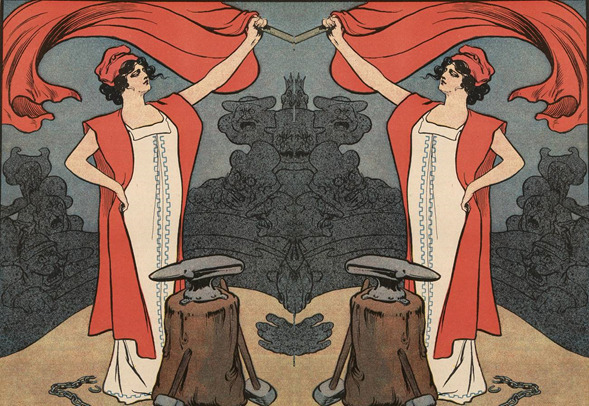 
One thing is Socialism as a political culture of management and planning of economic-financial resources at the service of the collective, and another cultural policy in Socialism, which is understood as “love and commitment” for the people; According to Christophe Prochasson, the nature of socialism whenever it has been presented in the political praxis of modernity as a revolutionary action of the peoples in their institutional emergence that seeks the ideological consolidation of a model of political leadership that prioritizes the people and their needs for service and attention in health, safety, education and culture. Socialism has been consolidating as a fluid political culture, rather than as a doctrine.

Socialism, Prochasson reiterates, is a form of happiness, as Madeleine Rebérioux wrote after dozens of years of research; In a 1966 article studying the ways in which socialism is formulated in the newspaper published in 1905-1906 by Armand Girard, an activist in a socialist group he himself created in Cuisery, Saône-et-Loire, Rebérioux summarized in these terms Socialism: “Free militant thought, love of the country and anti-militarism, I hate the nobles and idlers more than the capitalists; mistrust of parliamentarism, but even greater mistrust of those who use anti-parliamentary for reactionary purposes, trust in science and progress, deep solidarity, taste for happiness”.

Specifically, as described in the “Kurt Hager Report”, at the sixth session of the Central Committee of the Socialist Unity Party of Germany, when speaking of culture and cultural tasks in socialist society, reference is being made to the totality of the conditions of life, of the values, ideas and material and spiritual knowledge whose appropriation allows men, in community with others, to acquire the maturity of capable, educated and conscious builders of socialism, of true socialist personalities. It is what Lenin understood as the social need to ensure the greatest welfare and universal free development of all members of society. The objective of cultural activity in Socialism is circumscribed in directing all cultural activities towards the taking of a social consciousness of commitment to the indigenous values ​​of the region and the fulfillment of the multiple tasks involved in the construction of a society that prioritizes the humanistic and integrative above all values.

In the process of Governance carried out by the comrade-Governor Primitivo Cedeño, in the Portuguesa state, the cultural development of the socialist society linked to the progress of science and technology has been proposed, oriented towards the construction of a culture towards work and the recognition of the local idiosyncrasy; an advanced socialist society, where the scientific-technical revolution is not only a matter of scholars, but of the organized collective and aware of its stellar role in history.

As Kurt Hager points out, it is a matter of honor for the worker to produce in an orderly workplace, with high quality and on time; where the knowledge prevails that the socialist culture begins in the work environment and in the nature of the working conditions, unfortunately it has not yet been imposed in the minds of all the leaders of the economy, of the party and unions; there is a “…lack of order and cleanliness, noise, poor ventilation and light, inappropriate colors and insufficient equipment of the different work and social services are frequently the reason for justified criticism from workers. Where culture at work, that is, the convenient, pleasant and beautiful configuration of all working conditions, is underestimated, this is often because these issues are considered and treated by management as simply a technical economic problem and not as a an important premise for the well-being and creative activity of workers.”

In this sense, cultural work in socialism implies culture at work from the consolidation of attentive behavior in dealing with each worker and the fair appreciation of their performance, that the proposals and opinions of the workers are respected. In the case of the experience in the Institute of Culture of the Portuguesa state, it has started to establish an atmosphere in the collective of cultured treatment, where the fair appreciation of the individual and his performance, the relations between directors and groups, all of this are important factors that promote creative initiative, well-being in the collective and joy at work, devoting more attention to the tasks of culture at work.

It is important to highlight that the Agua Blanca cultural project has been advancing, which constitutes a series of ideas that conceive the cultural life of the other workers and the general group, inspired by the framework of a cultural life that promotes progress and meets a high level cultural cohesion and values ​​in favor of causes where equity and justice prevail.

Returning to Hager’s ideas, which somehow describe the raison d’être of cultural policy in the Portuguese state, cultural development has become an integral part of the revolutionary cause of the peoples oppressed by the great powers of global capitalism; Governance is currently directed towards the consolidation of a permanent effort to unite the economy, politics, ideology and culture in a single process of social progress; the experience from the Institute of Culture of the Portuguesa state, is that of a cultural movement framed in the realization of the socialist revolution in the field of ideology and culture, giving it a practical meaning that allows not only to solve fundamental problems of absence of values , firmly associating the principles with sensitivity for the multiple and complicated cultural and artistic processes, because only in this way has it been possible to guarantee a fertile climate for the flourishing of art and culture.

One of the directives of the comrade-Governor Primitivo Cedeño in Portuguesa has been that the collectivism of work be integrated into the elaboration of a common point of view, where work assumes the direction of cultural processes that have nothing in common with bureaucratic leadership or ruthless administration; the main task is, as Hager described it at the time, to continue to make culture a channel for creative cooperation with artists, where everyone, citizens and leaders in the cultural field, recognizes the need to cultivate relationships in a spirit of trust with the artists; above all, to develop and deepen the relationships of trust in the group under an atmosphere of common creative efforts that generates new impulses for cultural activity and the improvement of the quality of life of those who inhabit the territory of Portuguesa and make it their home.

As described by Mariano Schuster, the culture in Socialism guides its actions by prioritizing the humanist spirit over the financial-economic spirit in political formations; Culture is nurtured with creative and progressive work, expanding community and intellectual spaces, molding people who seek to recover aspects of old traditions and who are capable, at the same time, of outlining new futures; the “…social morphology is different and the demands are different, but the aspiration can continue. Both in the old socialist and social democratic parties, as well as in the humanist and libertarian offshoots of the old Marxist tradition, as well as in more hybrid formations belonging to other branches of the left, there are women and men who aspire to something more than a closed system or a mere affirmation of party affiliation…”

Culture in the context of Bolivarian democratic socialism is a step towards a possible world where man is able to look forward, and contemplate from all angles that there is a people that lives and builds its happiness from its indigenous cultural roots.

Albania in the last 24 hours: 55 new infections and no loss of life from Covid