Cuban Justice defends itself after accusations for recent rulings of 11J 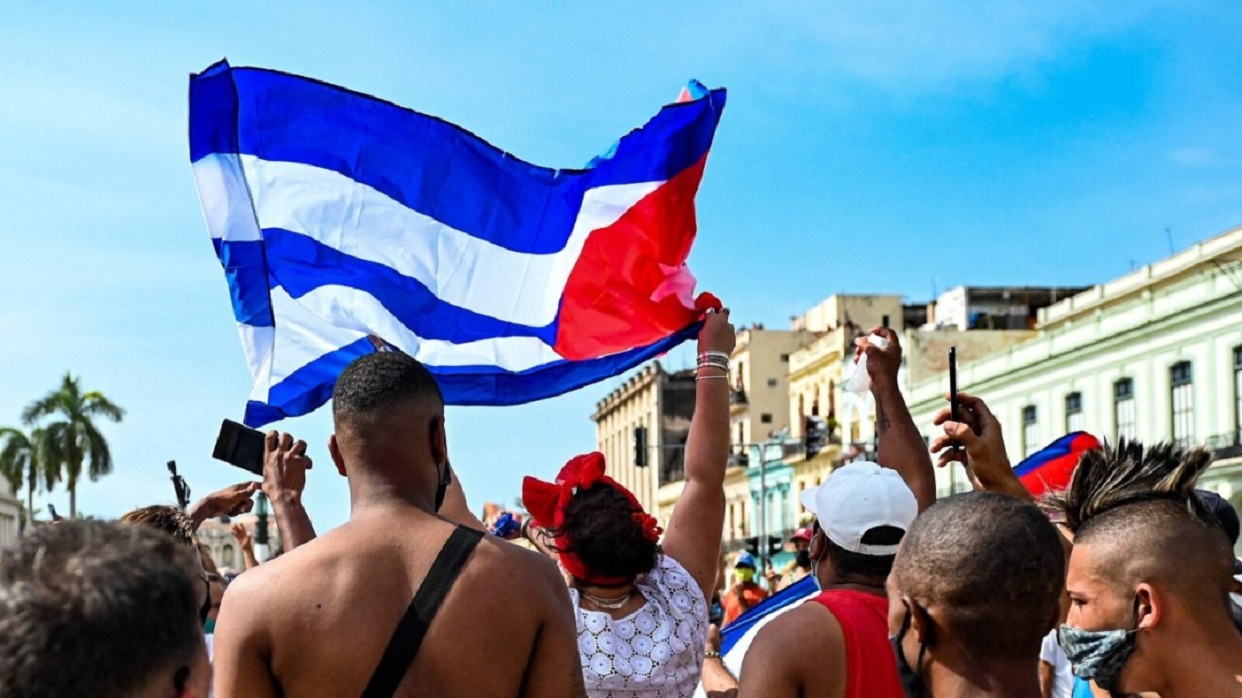 Caracas.- The Cuban Justice came out to defend itself after activists denounced the actions of judges and prosecutors involved in the most recent sentences on the anti-government protests of last July 11.
The official Union of Jurists of Cuba (UNJC) and even the president of the Supreme Court, Rubén Remigio Ferro, responded to the NGOs and activists who published the names of judges and prosecutors involved in the latest cases and accused them of an alleged crime of prevarication .
The trigger for this situation was the announcement last Wednesday of the ruling for the July 11 protests, in which 127 people were sentenced to a total of 1,916 years in prison, for the crimes of theft and sedition.
Among them were two 30-year prison sentences and seven convicted between 16 and 17 years old (the minimum criminal age in Cuba is 16). Another minor was sentenced to four years of “correctional work without internment”. Of all those charged, only one was acquitted.
The dissidence responded shortly after, turning to social networks. As on other occasions, they described the sentences as excessive and criticized the penalties for minors.
Among all these voices, the campaign of the NGO Cubalex and the Justicia 11J collective stood out, involved in monitoring the 11J processes, which decided to publish a list of judges and prosecutors involved in the sentences.
“Share the faces and names, so that wherever they go they know what they have done and who they are. Names of the prosecutors responsible for the sentences,” Cubalex wrote at the beginning of a thread on Twitter, published on Thursday, in which it revealed 35 names, some with photograph.
The campaign justified the disclosure of identities, as activist Salomé García Bacallao explained, and went further.
“They are public officials and that their identity is exposed is part of the right to publicity of the judicial processes that the 11J protesters have been denied,” argued García.
In addition, he accused judges and prosecutors of having “violated due process” and having committed the crime of “prevarication” – intentionally handing down an unfair sentence or one contrary to the law -, in this case, due to political indications.
Some independent Cuban media echoed the campaign, including the lists of full names and their corresponding images.
Prevarication vs Protection

The reaction on the part of the Cuban Justice was not long in coming, beginning with the president of the Supreme Court.

“What is the moral character of those who, from anonymity or from a distance, dare to threaten Cuban judges? What are they trying to do? Who act like that are perhaps decent and good people? Do they want to spread fear? THEY ARE WRONG! !” Remigio Ferro wrote on Twitter.
The deputy of the National Assembly (unicameral parliament) and secretary general of the UNJC, Danhiz Díaz Pereira, lamented the “threats to worthy people” and stressed that the judges “protect, in addition to the homeland, socialist legality.”
For its part, the UNJC branch in Havana issued a statement, collected this Monday by official media, which assures that lawyers and prosecutors acted “in accordance with due process”, rejects “media manipulation” and warns that “against anyone who try to subvert” justice with “threats”, “discredit” or “providing information”, “the full weight of the law will fall”.
“For each threatened colleague, we will multiply it by tens of thousands far and wide, ready to change the toga and the podium if necessary for the rifle and the trench,” continues the statement according to the version collected by the official media Cubadebate .
The president of the Havana branch of the UNJC criticized the “algorithms and subversive opinion matrices” and defended the “professionalism” of prosecutors and judges, who in his opinion complied with the “strictest procedural principle” after the “vandalism” committed on July 11.
The sentences published last week corresponded to the six cases instructed as a result of the events of July 11 in Esquina de Toyo and La Güinera, both on the outskirts of Havana.
There were recorded some violent acts of anti-government protests that occurred spontaneously in multiple cities in the country and were mostly peaceful.
Source: EFE

A project of psychological support "PORUCH" was launched in Ukraine

Things to keep in mind to prevent COPD exacerbations

The President of the SRC will not appoint some officials in the tax department, they must be accepted through a tender, filling out a questionnaire about their connection to the criminal subculture, the origin of their assets.

Events to fight against breast cancer will not be limited only to October. MoH: