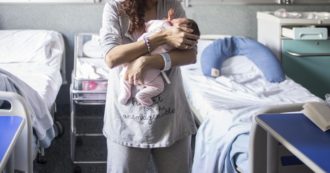 L’monoclonal antibody Sotrovimab, increasingly used worldwide because one of the few that maintains efficacy against the Omicron variant of Sars Cov 2, could cause mutations in the virus. The conditional is a must because it is an observational study on a small number of people affected by the virus and treated with the drug during the wave of Delta infections. Researchers from the Institute for Infectious Diseases of the University of Sydney in Australia have reported in recent days in a letter to New England Journal of Medicine – one of the most prestigious scientific journals – to have observed in patients treated with the antibody genetic changes in the pathogen that causes Covid-19associated with the development of resistance to the drug itself.

It is believed, explain the authors, that it is “the first time that resistance to Sotrovimab is discovered in the clinic. Although this is a rare event, this highlights the crucial role of surveillance ”. Sotrovimab neutralizes the coronavirus primarily by blocking its entry into the host cell, binding to a particular region of the Spike protein of the virus. The observational study conducted by Australian researchers took place during the outbreak in which the Delta variant was dominant in 2021, analyzing the first 100 patients treated.

Post-treatment follow-up was required in 23 patients and, of eight of these who had remaining respiratory samples that could be used in genomic analysis, four developed resistant mutations. The data showed the persistence of viable Sars Cov 2 in these patients after infusions and the rapid development of associated Spike gene mutations in in vitro drug resistance tests.

“We found that the virus can develop mutations within the patient several days after treatment with Sotrovimab, which reduces the effectiveness of this treatment by more than 100 times,” explained the lead author. Rebecca Rockett, from the Sydney Institute for Infectious Diseases. Mutations within the drug’s target site were discovered by analyzing the entire viral genome sequence before and after treatment. These mutations were detected in a “small number of patients“, 6-13 days after the treatment. “Samples of resistant viruses – reported the senior author of the research Vitali Sintchenko – they could be easily cultured in the laboratory, an indicator that individuals who develop resistance can transmit this resistant virus to others ”. 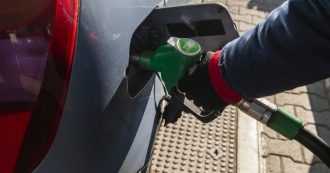 Expensive fuels, the increases continue and diesel exceeds petrol: 2.3 euros per service. Germany towards a discount of 20 cents per liter

MWC2022: Huawei shows its new PCs and tablets for the “SuperDevice” ecosystem in the office

Prophet Muhammad Row: Nupur Sharma was summoned by Mumbai Police for the controversial statement, to be presented on June 25

How much is the blue dollar today, Friday, May 6 Economy 06 May 2022 – 00:19 The blue dollar remains above 200 pesos in the parallel market. It is speculated that it could continue to rise, albeit slightly.

From May 1, Beeline in Armenia will be replaced by a new brand Team Telecom Armenia