Covid, brain damage. The Study: “Abnormalities in the Frontal Lobe and Brain Stem” 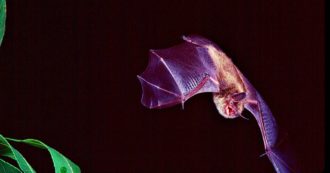 
The brain damage caused by Covid has long been studied by scientists. According to the US Centers for Disease Control and Prevention (CDC) one in five adults will develop long-term effects from the infection. These are brain anomalies that last up to six months as emerged from a study that will be presented at the annual meeting of the Radiological Society of North America (RSNA) by Sapna Mishra, of the Indian Institute of Technology in Delhi. Associated neurological symptoms include difficulty thinking or concentrating, headache, trouble sleeping, dizziness, pins and needles sensation, change in smell or taste, depression or anxiety.

The researchers used a special type of MRI on 46 patients recovered from the virus and 30 healthy controls to analyze the effects. MRI scans were performed within six months of healing. Among patients with long Covid, the most commonly reported symptoms were fatigue, difficulty sleeping, lack of attention and memory problems. The MRI results showed that the recovered patients presented abnormalities in the frontal lobe and brainstem compared with healthy controls. “These brain regions are linked to fatigue, insomnia, anxiety, depression, headaches and cognitive problems,” Mishra said. Also connected to the frontal lobe are language comprehension and production, attention, motor inhibition and imagination, as well as social cognitive processes.

The researchers also found a significant difference in the right ventral diencephalon region of the brainstem. This region is associated with many crucial bodily functions, including coordination with the endocrine system for the release of hormones, the transmission of sensory and motor signals to the cerebral cortex, and the regulation of circadian rhythms (the sleep-wake cycle).
“This study highlights the serious long-term complications that can be caused by the coronavirus, even months after you have recovered from the infectionMishra said. The researchers are currently conducting a longitudinal study on the same cohort of patients to determine whether these brain abnormalities persist over a longer period of time. Last August an Oxford study, analyzing the data of over 1.25 million patients, had shown that “neurological and psychiatric symptoms last even two years after recovery”.

What can home buyers do to avoid increasingly expensive credit?

Mercosur Summit: Fernández travels to Uruguay amid tension in the bloc

Can the use of antibiotics affect the effectiveness of the vaccine in children?

“The problem in Lars has not been solved, Armenian exporters are suffering great losses.” Vahan Kerobyan