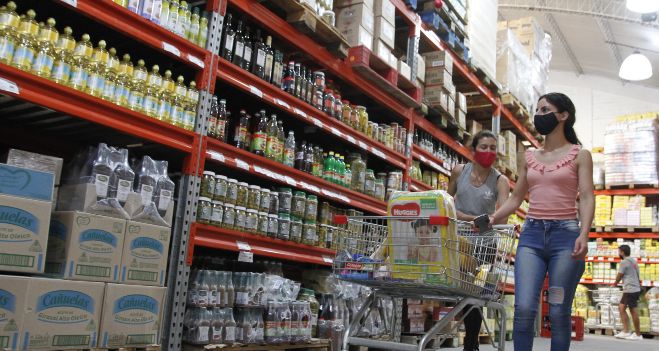 
The Nation’s authorities announced yesterday that the prices of 580 products that registered excessive increases in recent weeks will go back to the values ​​in force as of March 10, after a commitment made by the large supermarket chains throughout the country. In San Juan, the Consumer Defense will be in charge of ensuring that this is fulfilled. And from the organism they assured that They will ask for collaboration from municipalities and consumers to carry out the task.

“What it touches in the province of San Juan is, through the Consumer Defense, go out to control the Consumer Defense Law, the Supply Law and everything that has to do with price control. That is why what we are going to have control of compliance with this measure,” said Daniel Pérez, deputy director of Consumer Protection of the province in dialogue with Claridad Station.

And I add, “We are waiting for the details of the products included in the measure to be disclosed. Once we know what those products are to control, we are going to go out and visit the national chains and local wholesalers. What’s more, The help of the municipalities will be required so that, with their inspectors, a more exhaustive control can be carried out in all the departments of the province”.

At the same time, he stated that consumers will also be able to collaborate. “What consumers can do is, when they detect an absence or lack of compliance, report the 0-800-3333366, attend the Consumer Defense Office (in the Civic Center) or call 4306400 to 05. Then we go and corroborate the reported offense,” Pérez said.

As for the measure itself, the official assured that, “Since March we had noticed an increase in prices, especially in the best-known wholesale supermarkets. The increases ranged from 3% to 10%. We document this situation with the consent of the businessmen and submit a report to the Nation. We believe that where the strongest controls have to be applied it is not mainly in the gondolas, but in the evolutionary process of the price; that is, from the time it leaves the producer until it reaches the gondolas. That is why we have raised this report.”

Regarding expectations regarding compliance with the measure by businessmen, Pérez indicated that “normally we carry out weekly controls with various mechanisms. Here in the province, in all, the relationship with national chains and local wholesalers is very good. So we believe that it will be successful. In general, in 70 percent of the cases there is price compliance.”

Minute by minute: I followed Lanús Vs Boca live for the 2022 Professional League