Cocaine and hashish in the vehicle worth over 100 thousand euros, 38-year-old Albanian arrested in Italy 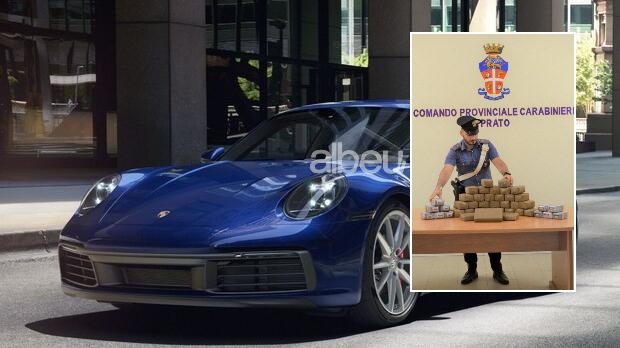 
The Carabinieri of Prato arrested a 38-year-old Albanian and a 22-year-old Romanian, after they were caught with narcotics.

The 38-year-old Albanian in Masiano di Pistoia while driving a brand new Porsche worth over 100 thousand euros, on behalf of his father.

Inside the car, the police discovered two packages of cocaine weighing 1 kg each, as well as 19.5 kg. Hashash, divided into tablets of 100 grams each.

While the Romanian was stopped in Calenzano (FI) while he was driving his car, inside which a cocaine was found, also weighing 1 kg, completely identical to the ones seized from the Albanian.

found cocaine, according to Italian media, was worth 700,000 euros.

The seized narcotic will now be subjected to analysis to determine the content of the active ingredient, which is supposed to be particularly high, to calculate how many thousands of single doses could have been obtained from its retail sale./albeu .com

Ten harmful habits, which we can not give up