China canceled treaties and talks with the United States 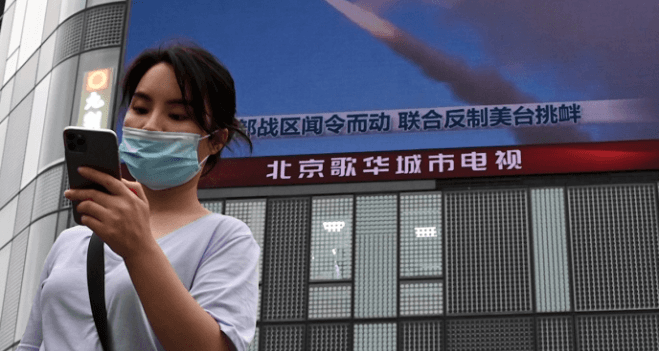 
The Chinese Foreign Ministry announced on Friday a series of diplomatic measures directed at the United States, in response to the controversial visit to Taiwan by the president of the House of Representatives of that country, Nancy Pelosi.

These are eight cancellations and suspensions of different cooperation treaties and bilateral talks on different issues of global interest.

Among the measures ordered by the Chinese Foreign Ministry, the cancellation of the China-US Theater Commander talks stands out; China-US Defense Policy Coordination; and the meetings of the China-US Military Maritime Consultative Agreement.

Likewise, the suspension of cooperation on the repatriation of illegal immigrants was officially announced; legal assistance in criminal matters; against transnational crimes; and in the fight against narcotics.

Finally, the Ministry of Foreign Affairs also reported the suspension of talks between the two countries on climate change.

The Chinese government had stated that Pelosi’s visit “seriously interfered in China’s internal affairs and seriously undermined its sovereignty and territorial integrity,” for which it would impose sanctions “against the legislator and her immediate family.”

The Asian giant, which sees the island as its own, has imposed sanctions against several US officials in recent years for having acted, in its opinion, against its interests and for having spoken out on human rights in relation to Hong Kong and the Xinjiang region. (northwest), reported the AFP news agency.

In March, Beijing placed visa restrictions on an unpublished list of US officials whom it accused of “making up lies about human rights issues involving China.”

Former US Secretary of State Mike Pompeo, and Peter Navarro, who was a trade adviser to former President Donald Trump, were sanctioned at the time with a ban on entering China or doing business with companies in the country.

In turn, the Asian giant’s Foreign Ministry reported this Friday that, due to Pelosi’s visit, telephone calls on security and military matters with senior US officials are suspended.

The ministry indicated that the planned work meeting between representatives of the Chinese and US Defense Ministry was also cancelled, while announcing the suspension of a meeting of the China-US Maritime Military Security Consultation Mechanism.

Pelosi described this Friday as “ridiculous” that her visit to Taiwan could harm the island and assured that the objective of her Asian tour is not to change the “status quo”, but to maintain it.

At a press conference at the United States embassy in Japan, the last stop on her trip through Asia, the legislator indicated that the intention of the trip was always to “show respect” to the countries visited and “have peace in the Taiwan Strait.” .

China, which considers Taiwan as part of its territory, began on Thursday, in response to Pelosi’s visit, the most important military exercises in decades around the island, which will conclude on Sunday.

Taiwan denounced that Beijing crossed the dividing line with the island with fighter planes, warships and missiles, an informal but strictly respected border until now, in an action that it described as “highly provocative”.

The White House summoned China’s ambassador to Washington to condemn what it called “irresponsible” behavior by Beijing in relation to Taiwan.

“We condemn the military actions of the PRC, which are irresponsible, contrary to our long-standing goal of maintaining peace and stability in the Taiwan Strait,” Kirby said.

“We made it clear to the ambassador that Beijing’s actions are a matter of concern for Taiwan, for us and for our partners around the world,” he added, highlighting the concern of the G7, the group that brings together the largest Western economies, and of the Asian regional grouping ASEAN.

“Finally, we make it clear once again, as we have done privately at the highest level and publicly: nothing has changed in our One China policy,” Kirby said, alluding to the US position of acknowledging China’s vision of that Taiwan is part of its territory.

UN Secretary-General Antonio Guterres believes it is impossible to tackle the world’s great challenges without cooperation between the United States and China, his spokesman said on Friday.

“For the secretary-general, there is no way to solve the most pressing problems in the whole world without effective dialogue and cooperation between the two countries,” Guterres’ spokesman, Stephane Dujarric, told reporters when asked about the decision. China to end collaboration with the United States on several key issues.

For his part, the High Representative of the European Union for Foreign Affairs, Josep Borrell, called on “all parties” to maintain “calm” and “moderation” and called for “resolving differences by peaceful means”, in order to avoid “tragic consequences”.

Fatal fire in a bowling alley in Thailand: at least 13 dead and 37 injured

It is possible that the prices will increase more during the summer months. Chairman of the Central Bank

Bladder cancer should be avoided by smokers; Be aware of these symptoms