Category 4! Fiona approaches Bermuda as she follows the alert in the Caribbean 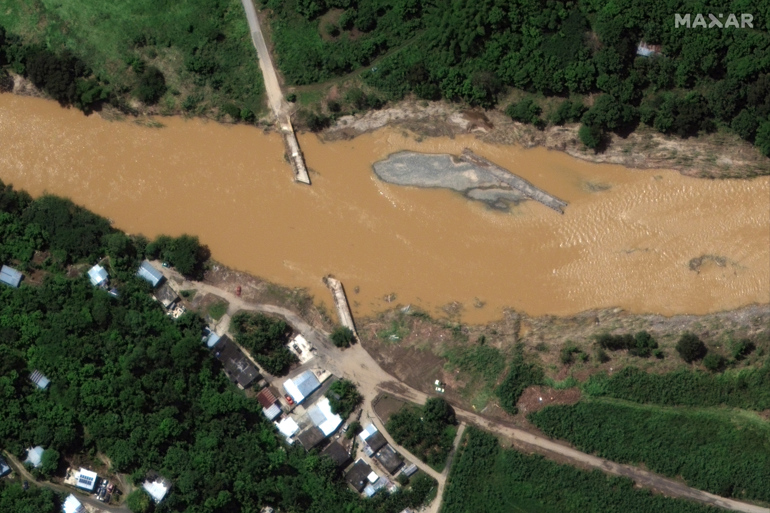 
Major Hurricane Fiona, category 4, continues its course towards the east coast of Canada and approaches the Bermuda Islands with maximum sustained winds of 130 miles per hour (215 km / h), while a low pressure area in the southeast of the Caribbean Sea could become a named storm in the next few hours.

The Canadian Hurricane Center has issued a hurricane watch for the Bermuda archipelago.

Also a hurricane watch for Nova Scotia from Hubbards to Brule, Prince Edward Island and Brule, and for the coast of Newfoundland from Parson Pond to Port-Aux-Basques.

It also has a tropical storm watch in effect from Saint Andrews west of Hubbards, Nova Scotia, and from west of Brule to Cap Madeleine, Quebec.

A northeastward motion with an increase in forward speed is expected through Friday, followed by a slightly slower northward motion beginning Friday night or Saturday.

On the forecast track, the center of Fiona will pass just west of Bermuda tonight, approach Nova Scotia on Friday, and move into the Gulf of St. Lawrence on Saturday.

Although it is expected to experience some weakening from tonight or Friday, the NHC forecasts that Fiona will still have strong winds Friday night and Saturday after it has become a post-tropical system.

Hurricane conditions are possible in sectors of the hurricane watch area in Canada on Friday night and a tropical storm for the afternoon of that day.

Fiona is forecast to produce heavy rains up to 4 inches (100 ml) in Bermuda and up to 6 inches (150 ml) on Atlantic Canada, with a maximum of up to 10 inches (254 ml). These rains can cause dangerous flooding.

In Bermuda, the approach of the hurricane will cause a storm surge with large and destructive waves, while a large area of ​​the eastern Caribbean will experience dangerous rip currents and rip currents.

On the other hand, NHC forecasters said Thursday that the low pressure area in the southeastern Caribbean Sea has a 90% chance of becoming a tropical depression in the next two days.

Rain and wind gusts from this system are likely to affect the Windward Islands, northern Venezuela, and the chain of islands comprised of Aruba, Barbados, and Curaçao.

These “impacts” are likely to extend to northeastern Colombia later tonight and the Jamaican territory should “closely monitor” the progress of this system, the observatory warned.

According to the list of names for this year’s hurricane season, if it became a storm, this system would be called Hermine.

Meanwhile, the tropical storm Gastón, formed this week in the middle of the Atlantic, maintains its strength and its effects are expected to begin to be felt in the Azores archipelago tonight.

A tropical storm warning is in effect in the Azores for the islands of Flores, Corvo Faial, Pico, Sao Jorge, Graciosa and Terceira.

Gastón is expected to turn to the east overnight and later to the southeast with less force.

The center of Gaston is forecast to move near or over portions of the Azores tonight through Saturday.

“Too political.” Gallery in The Hague refused to exhibit works by Ukrainian artists dedicated to the crimes of Russia

A New Step in Marrow Transplant Treatment; 112 donors in the Bonemarrow Donor Registry

Polozkova: There is a dictatorship in the Russian Federation, surveillance. So that no one would think of electing anyone, a war has begun. If you write the truth, they will put you in prison, and your children will be taken away

Concerns about pain in the arms and neck while working; Do not label yourself as a disease performer