Carlitos Balá died The beloved 97-year-old actor had been hospitalized on Thursday. The sad news was confirmed by his granddaughter. 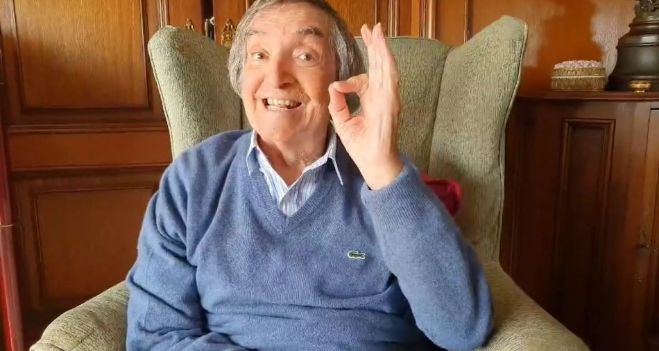 
After his emergency hospitalization was released this Thursday, the news was confirmed that the humorist and child driver Carlitos Balá died at the age of 97 at the Güemes Sanatorium.

The legendary Argentine artist, adored by countless generations, was born on August 13, 1925 and began his career when he participated as a very young boy in a contest that he won, under the name of Carlos Valdez, hidden from his father.

In 1958, he joined a comedy trio with Jorge Marchesini and Alberto Locati, starring in Los tres… on Radio El Mundo, with announcing by the journalist Antonio Carrizo. The trio becomes very popular and participates in The Andy Russell Show. Then they starred in ¡Qué plato!, and were together until 1960.

In 1979 he was hired to star in El show de Carlitos Balá, by Enrique Acosta, working in the intervened state channel, ATC. He later makes several tours of the interior of Argentina with the circus. In 1987, Roberto Fontana hired him to participate in Saturdays of Kindness. He then he was summoned again by ATC.

The life of Carlitos Balá on television

The anecdote that in 2009, invited to Julián Weich’s Justo a Tiempo program, promises to donate the “lollipop meter” so that the tradition of helping children to give up pacifiers would continue is unforgettable. Carlitos himself said that he had it in the living room of his house and invited the boys to leave their pacifier when they visited him.

In 2017 he was honored in Showmatch, when he participated with Jey Mammón, who highlighted him as his childhood idol.

Always active, in 2020 he had to confine himself like many, during the COVID-19 pandemic and for his 95th birthday he was greeted by various figures from the world of children.

The children’s entertainer Panam worked with him for a decade, and highlighted the warmth of Carlitos, who is an idol for many generations whom he marked on fire with his gestures and his songs. “A unique humility, a horizon to follow, a person who teaches you what generosity is. He was with me for ten years, until last year we did the rooster, “said Laura.

Does the pass drop? The money that Palmeiras intends for Miguel Borja to reach River