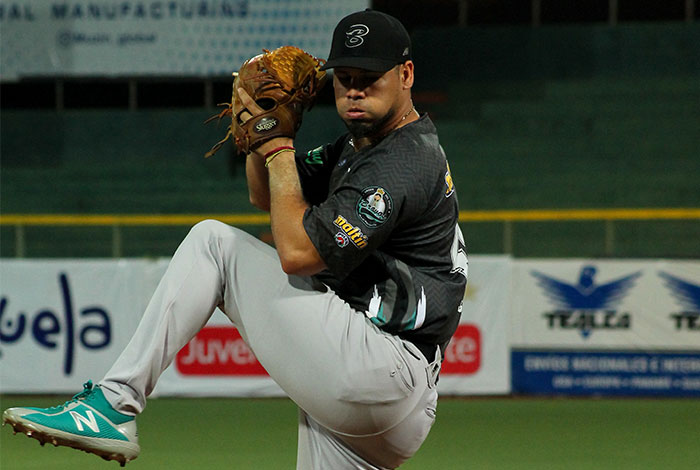 
Omar Bencomo Jr. was acquired by Caribes de Anzoátegui from Bravos de Margarita in exchange for infielder Heiker Meneses, both teams reported, after making the transaction official before the offices of the Venezuelan Professional Baseball League (Lvbp).

“Having Omar Bencomo on our team means being able to count on a proven and experienced pitcher not only in our league, but also in the Mexican League and with nine seasons in the Minor Leagues, where he pitched close to 600 innings. We handle excellent reports of the current physical condition of the right-handed pitcher. We continue to reinforce and strengthen our roster for the coming season”, said Samuel Moscatel, general manager of the aborigines.

In the Mexican Baseball League, he served for Tecolotes de los Dos Laredos, Sultanes de Monterrey and Bravos de León in the 2019 tournament, posting a 5-3 record with a 4.75 ERA.

The native of Valencia has been working in the Major League of Professional Baseball (Lmbp) first with the Centauros de La Guaira and currently with Caciques de Distrito, ninth in which he exhibits a balance of 1-1 with an ERA of 2.08. In 13.0 innings he has allowed 13 hits, 3 earned runs, has 5 strikeouts and the same number of walks granted, with a 1.38 Whip.

“Meneses guarantees us the depth we wanted among the position players. He contributes daily and is productive in all facets of the game, plus he does everything with a lot of intensity. He adapts to the plan that we have with the manager Luis Dorante, ”said the sports manager of the island team, José Manuel Fernández.

The 30-year-old infielder from Caracas, who currently plays in the Lmbp with Caciques de Distrito, left during his time with Caribes de Anzoátegui last season an offensive line of .253/.345/.333, with a home run, 12 RBIs and .678 OPS, in 33 games, after playing the first week of the calendar with Tiburones de La Guaira, before being traded.

“I am happy with the Bravos de Margarita team and organization for the opportunity they are giving me right now, to play this whole new season with them. It is a very competitive group, with quite a lot of youth. Many players wanting to get victories every day. It is a team that plays quite hard and I think we would all like to belong to a club like Bravos”, Meneses said, after learning of his arrival at the island team.

Meneses made it clear what his contribution to Bravos de Margarita will be: “Always trying to give the best of me, playing hard every day, which has been my main characteristic since the beginning of my career. I come ready, with my teammates, to bring great joy to the fans, this year with the Caribbean Series in Venezuela, we will look for that great victory for Margarita”.

In the MLB farm system, he belonged to the Boston, Minnesota and Philadelphia organizations between 2008 and 2018.

Both Caribes and Bravos thanked their former players for their effort and dedication, while defending their colors.

Juan Pablo Castro was summoned to play in Argentina XV

The sixth date of San Juan soccer is played between Wednesday and Thursday Taking advantage of the holiday, the League laid out the date during the week. In addition, the winter time begins to be implemented.