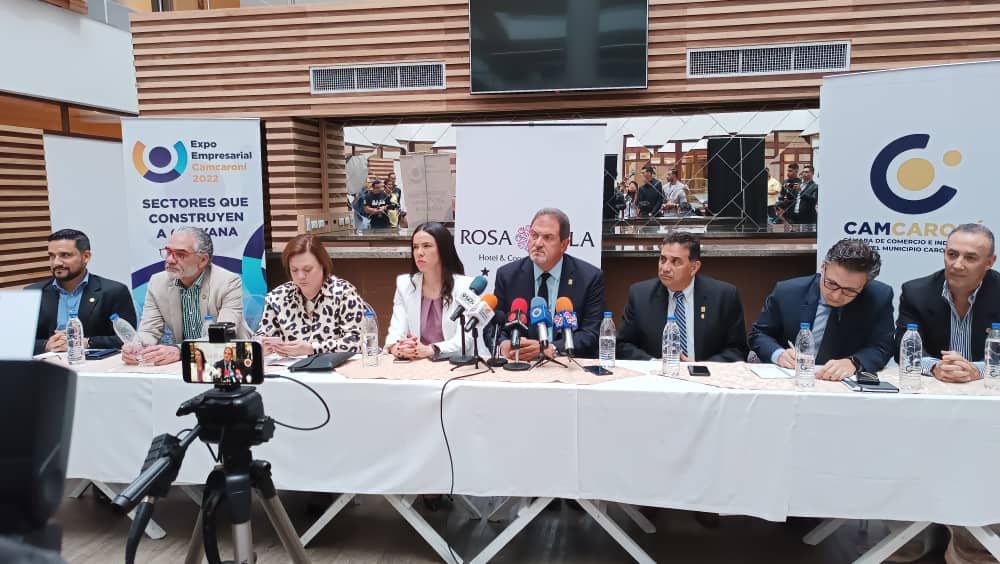 
“We celebrate that the Government has reached an agreement with Colombia,” says Adán Celis, first vice president of the Venezuelan Federation of Chambers and Commerce (Fedecamaras), referring to the forthcoming reopening of the Colombian-Venezuelan border, during the inauguration of the Expo Business Camcaroni 2022.

In this event, with the presence of 65 companies and aimed at promoting economic growth in the country, Celis details that a blocked border considerably harms commercial exchange, for which he considers that it should never have been closed. “Borders between governments should not affect people,” he points out.

Likewise, emphasizing the importance of the consumption of national products, he rejects that once the border is opened, smuggling will take on a greater presence in Venezuela.

“We are not afraid of competition, that is good as long as it is fair and with the same rules”, he mentions to refer to the fact that, unfairly, national producers must pay Income Tax (VAT) and comply with sanitary registries, contrary to the case of international products that enter the country without following these regulations.

A problem that greatly affects Venezuelans is the trafficking of illicit products that not only puts formal commerce and the treasury at risk, but also threatens the health of consumers, says Tiziana Polesel, president of the National Council of Commerce and Services (Consecomercio).

Among the sectors in which this situation is most manifested is in the tobacco, liquor and auto parts.

As for figures, Polesel points out that the treasury has stopped receiving nearly 200 million dollars due to smuggling. Alarmingly, in the tobacco market, 57% of products do not meet quality regulations, while in the liquor sector 68 deaths have already been reported due to counterfeit beverages.

Similarly, the president of Consecomercio states that eye doctors have diagnosed irreversible damage in their patients due to the use of illicit contact lenses. “The most affected is the consumer because they do not have the competence to detect a counterfeit product, that is the work of the State,” she argues.

“We bet on our businessmen, we continue working for the economic development of the country,” declares Catherine Wilson, president of Camcaroni, referring to the fact that private companies give life to the state.

According to Wilson, Expo Empresarial Camcaroní 2022, offers the possibility to show what is being done in Guayana, enhance union relations and investments, for the benefit of promoting the entity: “We seek to demonstrate that Ciudad Guayana is not just basic businesses or gold and cash exchange in Alta Vista.”

About the 65 companies that make up the CamCaroní Business Expo 2022, represent the commercial, industrial and telecommunications areas.

With two tourism stands, the Bolívar state government is also part of this exhibition. “And we have the mayor’s office, which is a very important achievement for us,” admits Wilson, emphasizing that on other occasions it has been difficult for these government entities to participate with them.

In defense of private companies, the president of CamCaroní maintains that “the state lives thanks to them and, the more people, the better the state will do.”

Have the information instantly on your cell phone. Join the Diario Primicia group on WhatsApp through the following link:https://chat.whatsapp.com/Fhv1cSBfZWLLezfVJftHPN

Another deceased by COVID-19; there are 171 people with the disease

WHO rules out monkeypox health emergency

Darío Benedetto confessed what was the reason that forced him to go out in Boca-River: “The day before …”