Breath of oxygen for the 81 Valvitalia workers: transfers suspended. Meanwhile it is 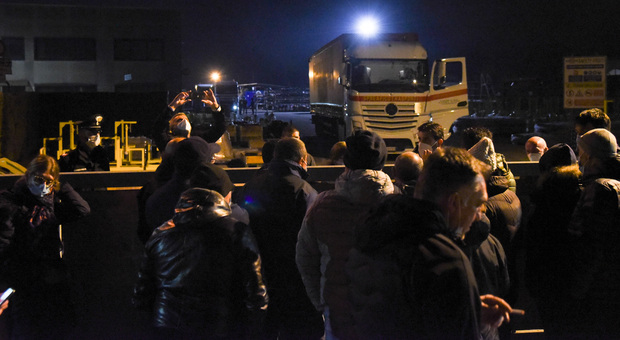 DUE CARRARE – The effects of the transfer procedure for the next 15 days. There was no talk of definitive retirement at yesterday’s meeting of the direction of Valvitalia assisted by Assolombarda, but a first and now unexpected step towards the 81 workers it has been done, even if only by providing an economic incentive for voluntary exits. The discussion with the company will therefore continue to assess the conditions of the workers who adhere to the proposed transfer to the Rivanazzano headquarters and define the possible use of smartworking for the employees concerned.

THE SITUATION
The alternative solutions the transfer for those who do not intend to adhere to the options that are being worked on in this beginning of the negotiation, which lasted 4 hours in the afternoon of yesterday and 5 hours in the night between Tuesday and Wednesday, when the picket of the employees blocked the trucks that were trying to bring the materials made in Due Carrare to the Pavia office. Yesterday the company is committed to keep production of some fundamental components in the Due Carrare plant and the 15 days of suspension must be used to request the intervention of the Region and the Mise, whose convocation is awaited, to favor any overall solutions for the Valvitalia group regarding the industrial and employment stability of various sites, starting with the Paduan one. A new meeting will be held today at 2 pm, to better define the paths thus started.

THE PROTESTS
A result that already seems a milestone, five days after the request for surrender by the outsourced company in the letter on Friday which reiterated the collective transfer procedure decided unilaterally, with economic proposals and incentives to resume normal work by withdrawing the state of agitation. Agitation, in fact, culminating in the blockade of the first two trucks send it back on Monday and a similar scene at 6pm on Tuesday. The focus of the means was the components products for Italgas, usually made in the Padua plant and delivered directly to the customer, blocked by the workers at the gates without the possibility of leaving. “The start of today’s negotiations that led to the acquisition of these first elements is due to the tenacity of the workers who supported the trade union delegation with their active presence outside the gates” he stressed Michele Iandiorio of Fiom Padova.

In the first semester there were 146 femicides and transfemicides

1 kg 334 grams of marijuana was imported from the USA. The illegal transportation of drugs across the RA border was prevented

Covid: contaminations level off but hospitalizations remain on the rise