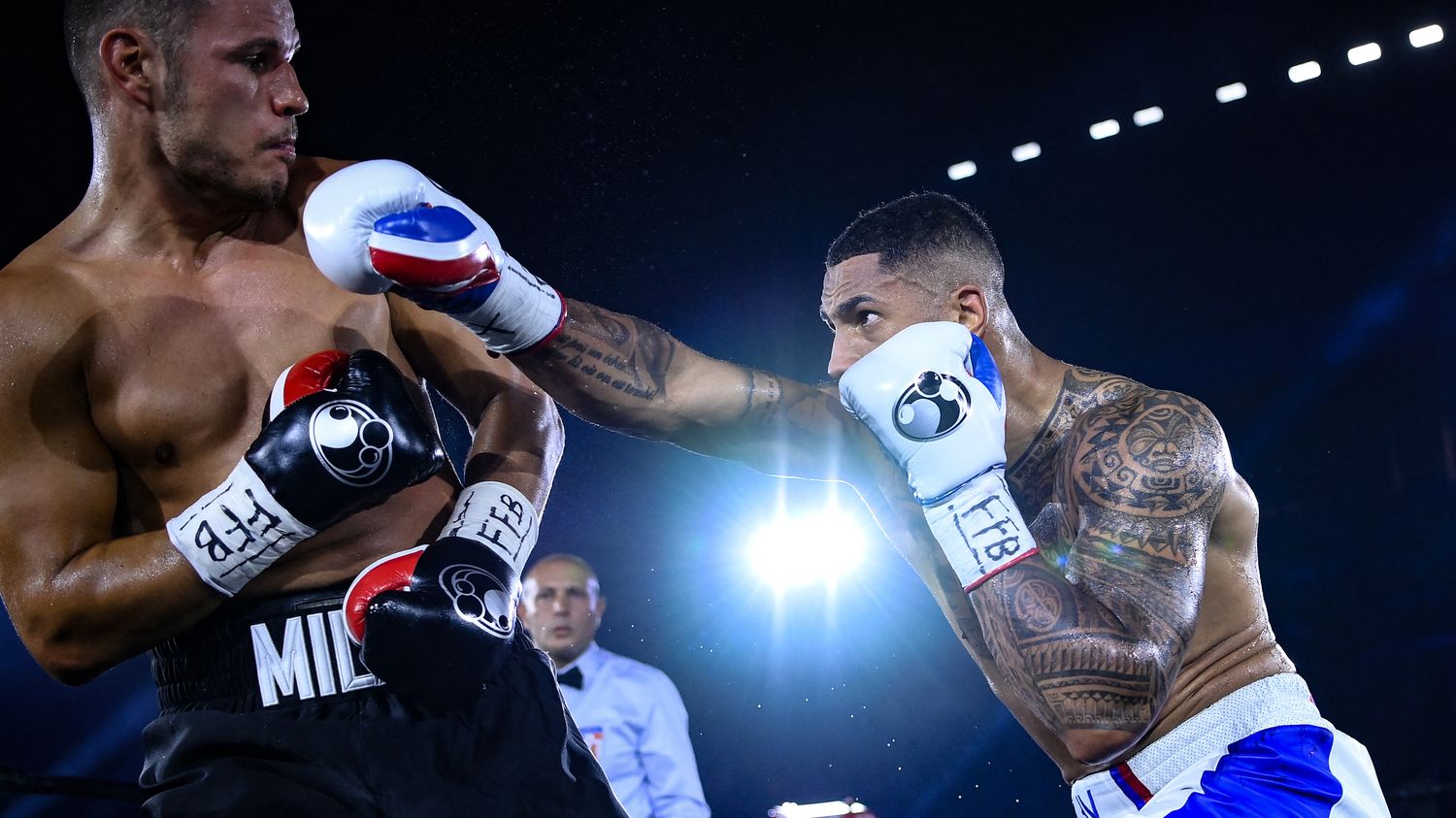 
Difficult to make more beautiful evening for the tricolor boxing. In a very special setting, that of the Philippe-Chatrier court at Roland-Garros, the three Tricolores members of the “solid team” – nickname given to the members of the French team at the Rio Olympics in 2016 – were expected in the ring in Paris, Friday September 10. And they all won their fight. Mathieu Bauderlique went for his first European light heavyweight title while Souleymane Cissokho perfectly defended his super welterweight title. Finally, as a high point among the heavyweights, Tony Yoka made short work of the Croatian Petar Millas.

The evening was also marked by a beautiful tribute to Jean-Paul Belmondo, a fan of noble art who had seen Jean-Claude Bouttier be defeated, on September 29, 1973, by the world champion of the means, the Argentinian Carlos Monzon, in this same enclosure of Roland-Garros. “Bébel” who also attended Yoka’s first professional fights. A minute of heavy applause followed for the actor, who died on Monday September 6 at the age of 88.

The pressure was on his shoulders. All the more so in front of such a gala floor and the message of support from the President of the Republic Emmanuel Macron, passed through his dressing room just before his fight. Star of the evening, Tony Yoka responded well on Friday.

First jostled by his evening opponent, Petar Millas, 26 years old and 15 victories on the clock in as many fights, five more than the Frenchman, Yoka took time to find the solution. Six month after his last fight in Nantes against the Belgian Joël Tambwe Djeko and his first pro belt, that of European Union champion, the 2016 Olympic champion built his boxing, patiently, before getting the best of the Croatian in the seventh round.

After going to the ground for the first time before getting up just before the end of the referee’s count, Millas’ second “knock down” will cause the official to stop the fight. Tony Yoka thus signs his 11th career success, the 9th by KO. A success dedicated to the memory of Jean-Paul Belmondo, the Frenchman appearing with a large portrait of the actor.

VICTORY of @TonyYoka who wins against Petar Milas! #The conquest pic.twitter.com/71kIedkxu0

A galvanizing entrance on stage with music celebrating his name under the cheers of the spectators present on the Philippe-Chatrier court. It is to experience emotions like these that Souleymane Cissokho wanted to return to France, after his last fight in France on September 28, 2019 in Nantes. Two years after launching his American career with the pros, the boxer from the 19th arrondissement of Paris has made his comeback in France. And the public gave it back to him.

Opposed to Ismail Illiev for the WBA intercontinental Super Welter title, the French boxer did not fail in his defense of the WBA intercontinental title in super welterweight. The second bronze medalist in Rio of the evening went for his 14th victory in as many fights in the fourth round. This is where Iliev’s first – and only – trip to the mat took place after a direct right from Cissokho that caused him to flinch. The Russian will then be preserved by his coaches and will throw in the towel.

“I’m ready to move forward, I have no barriers, I want a world top 10 in my next fight”explained, ambitious, the Frenchman after his victory at the microphone of Canal +. “I wanted to box here, I shouldn’t but I wanted to find this public. I boxed in gigantic halls but to do it here, in this setting with all these supporters, it’s magic”.

VICTORY of @Souleymane_C after this sumptuous right!

He was the first member of the “strong team” to enter the scene on Friday. Mathieu Bauderlique, 32 years old, 20 victories including 11 KO in 21 fights, had a nice challenge in front of him in the person of the Russian Igor Mikhalkin, 36 years old (24 victories in 26 fights including 11 KO). The objective for the French? Become EBU European Light Heavyweight Champion. A challenge brilliantly taken up by the bronze medalist at the Rio Games.

It was not until the end of the 7th round to see the Russian throw in the towel, embarrassed in particular by an eye injury inflicted by the French, who multiplied the blows to the face of his opponent. Superior in all areas, Bauderlique did what it took to walk away with the long-awaited title, despite his regrets about his boxing after the fight.

“I’m a bit of a diesel, took too many hits and wanted to let my hair down from the 8th round. Of course, I am satisfied tonight even if I still have room for improvement, I lacked precision.

Victory for Mathieu Bauderlique, the new European champion! #The conquest

"The sneakers we love, they take magical care of them!" : sneakers restorers are popular with enthusiasts

Nicole Neumann’s move before the birth of Mica Viciconte and Cubero’s son: “She wants to avoid”

Why the fachosphere loves the Middle Ages