Blas Díaz, the captain of Alianza, recovers: he woke up and communicated with his father The Lechuzo footballer who suffered a serious traffic accident on his motorcycle, shows improvement but continues in Intensive Care. 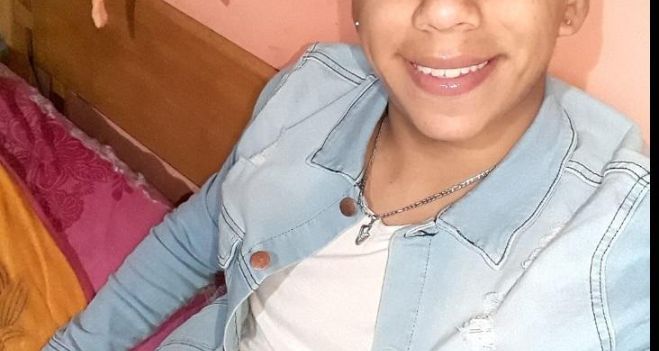 
Atletico Alianza footballer Blas Díaz, continues to recover from the serious traffic accident he suffered last Sunday on his motorcycle. Although he is still hospitalized in Intensive Care at the Private Hospital, he has already woken up, the respirator was removed but he continues with a tracheostomy.

The captain of the Lechuzo suffered an accident at dawn on Sunday, when he was riding a Motomel 150cc motorcycle when he lost control and, for reasons under investigation, collided with a Ford F-100 truck that was parked on the side of the street. . The medical report indicated severe cranial brain trauma, maxillary fracture, facial trauma, closed chest trauma, right lower limb fracture and severe multiple trauma.

The medical professionals warned that the 72 hours after the accident would be essential, but the young man was able to recover and show slight improvements in each medical report. This Thursday, from their surroundings, they affirmed that the 23-year-old boy had already had his artificial respirator removed but they placed a tracheotomy. Blas woke up and although logically he cannot speak, he was able to communicate through signs with his father, he recognizes his relatives and remembers what happened to him.

“Between yesterday and today the reports were very favorable, thank God. He had some improvements, not very big, but improvements at last in these two days,” they expressed.

The accident of the soccer player from Chimbas, shocked all San Juan soccer that joined asking for a prayer chain. Even this Thursday, while the match between Alianza and Carpintería was being played, a symbolic minute of applause was held 5 minutes into the match, where both teams came together to give Blas Díaz strength, so that he continues to evolve favorably. In the stands the captain’s family was present to support the squad.

Covid 19 situation / Ministry of Health: No loss of life and 42 new cases in the last 24 hours!

SHE IS A COMFORTABLE PRIZE FOR HIM! Maja Marinković without a hair on her tongue about the chaos of Dalila and the Emperor and Janjuš’s statement that she is the most handsome!

Former member of ‘Intratables’ recalled his confrontation with Diego Brancatelli: “I was seriously angry”