Bill skyrocketing, the businesswoman gives a prize "extra" of 200 euros to all employees 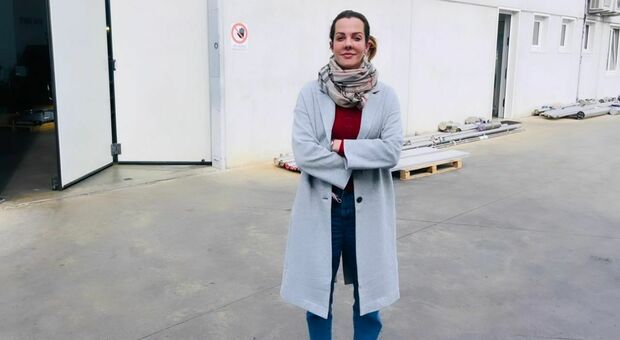 GALLIERA VENETA – To each of the 40 employees, an extraordinary bonus of 200 euros, to help raise the energy costs of the home. This is the choice of the entrepreneur Vanessa Beghinof Galliera Veneta, for the collaborators of its two mechanical companies, lhe historic Tiemme di San Martino di Lupari and the Ficm di Castelfranco Veneto.

“A little support to counter the expensive energy that has affected everyone, the productive world, but especially families – explains Beghin who is also involved in the city administration of Galliera Veneta as councilor for productive activities, trade and agriculture – In a complex and difficult also aggravated by the conflict in the heart of Europe, we must also think of the families who are silently facing a hard and difficult period as it is now also for all economic sectors. This sum does not resolve the situation of increases, but it is a concrete sign of closeness to every person who works in our companies “. The entrepreneur also underlines the seriousness of the problems relating to the supply and the price increases of raw materials which generate the rising costs with the addition of the increase in those relating to energy supplies. The latter problem, transversal, because it affects the daily life of the family, as well as fourthly it concerns the business activity. There is no shortage of orders, and it is a sure good sign, but a reshaping of upward prices is necessary, with all the consequences of the case.

In the hope that what appears to be great speculation ends, the ownership of the two companies gives an important and concrete signal. On this Vanessa Beghin points out a particular aspect: «This prize is taxed. Since the Government is not doing anything to calm the increase in the costs of energy products, essential for everyone, why does it not eliminate the taxation on this form of support. If this were the case, the entrepreneurs could intervene more numerous and with greater sums ». The hope is that the almost indiscriminate increases will end, even if the outlook does not indicate anything good. Beghin wishes it. She is used to fighting, she exposed herself to the problem of the lack of skilled workers having to refuse orders, as well as, a few months ago, she was forced to close the company for a week because more employees were blocked at home due to lack of results. tampons, than those at work.

Romina Gaetani spoke again about her statements: “I’m not afraid”