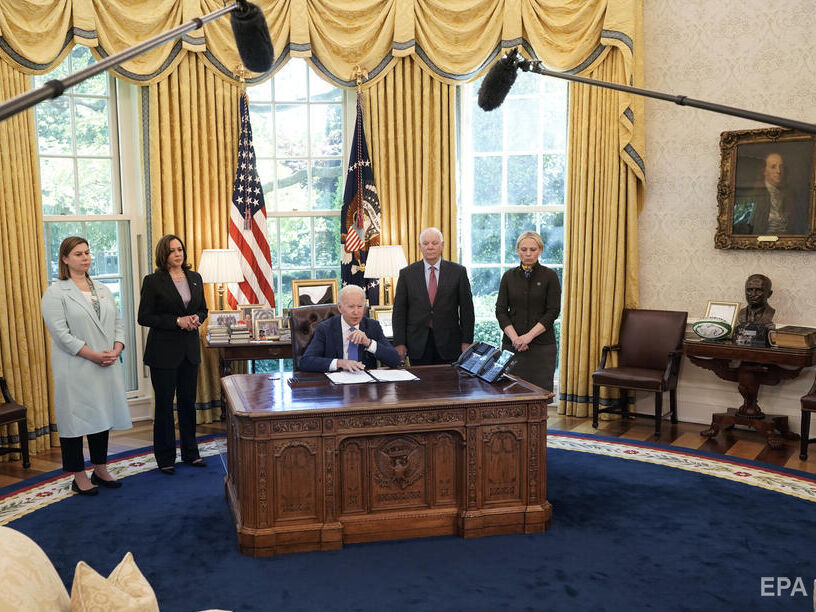 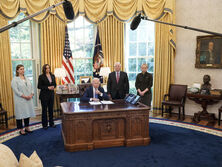 On May 9, US President Joe Biden signed into law a lend-lease law that will speed up the process of sending military aid to Ukraine. About it on Twitter informed CBS News political correspondent Ed O’Keeffe, who attended the ceremony.

“It’s important, it’s really important,” Biden said during the signing of the bill. in the oval office.

The signing ceremony was broadcast on YouTube “Voice of America”. It was attended by Vice President Kamala Harris, Senator Ben Cardin (Democratic), members of the House of Representatives Elissa Slotkin (Democratic) and Victoria Spartz (Republican). Spartz is the first ethnic Ukrainian woman in history to be elected to the US Congress.

“This is a law that provides important assistance to Ukraine, the Ukrainian people in their struggle for democracy in this brutal war, Biden said. “Every day Ukraine pays with its lives and it is impossible to believe in the atrocities that are taking place on the Russian side.”

He noted that the implementation of the law is costly, but “hide from aggression “It’s more costly.”

On April 6, the US Senate unanimously passed a bill to revive the Lend-Lease program. On April 28, it was approved by the House of Representatives (417 congressmen voted in favor, 10 against). The law was then sent to the president for signature.

The full name of the document is Ukraine Democracy Defense Lend-Lease Act of 2022 (“Lend-Lease Law in Defense of Democracy in Ukraine of 2022”). In him saidthat the President of the United States will be able to allow the government to lend or lease defenses to Ukraine and other Eastern European countries “affected by the Russian Federation’s invasion of Ukraine” to help strengthen the defenses of these countries and protect their civilian populations from possible invasion or ongoing aggression from Russia .

“Voice of America” explained that Ukraine would not have to pay in advance for the supply of equipment and weapons, it would be granted a deferred payment. The radio station noted that Biden can still use lend-lease powers under the arms export control law today, but the document signed today cancels some of the requirements under this law.

According to the text of the law, no later than 60 days after the entry into force of the lend-lease law, the US president must establish an accelerated procedure for the delivery of weapons to Ukraine.

Newspaper The Washington Post stressed that the lend-lease law is not related to Biden’s request to Congress for an additional $33 billion in security, economic and humanitarian assistance to Ukraine. According to the publication, the Senate and the House of Representatives may consider this request in the coming weeks.

The news is being added.

In Berlin, a "Russian-speaking citizen" attacked the "1 + 1" film crew. The Ukrainian embassy reacted

In the Russian Federation, an administrative protocol was drawn up against the leader of the DDT Shevchuk. He said that “Motherland is not the president’s ass that needs to be kissed”

The Pope rejected the “love of statistics” during the Chrism Mass