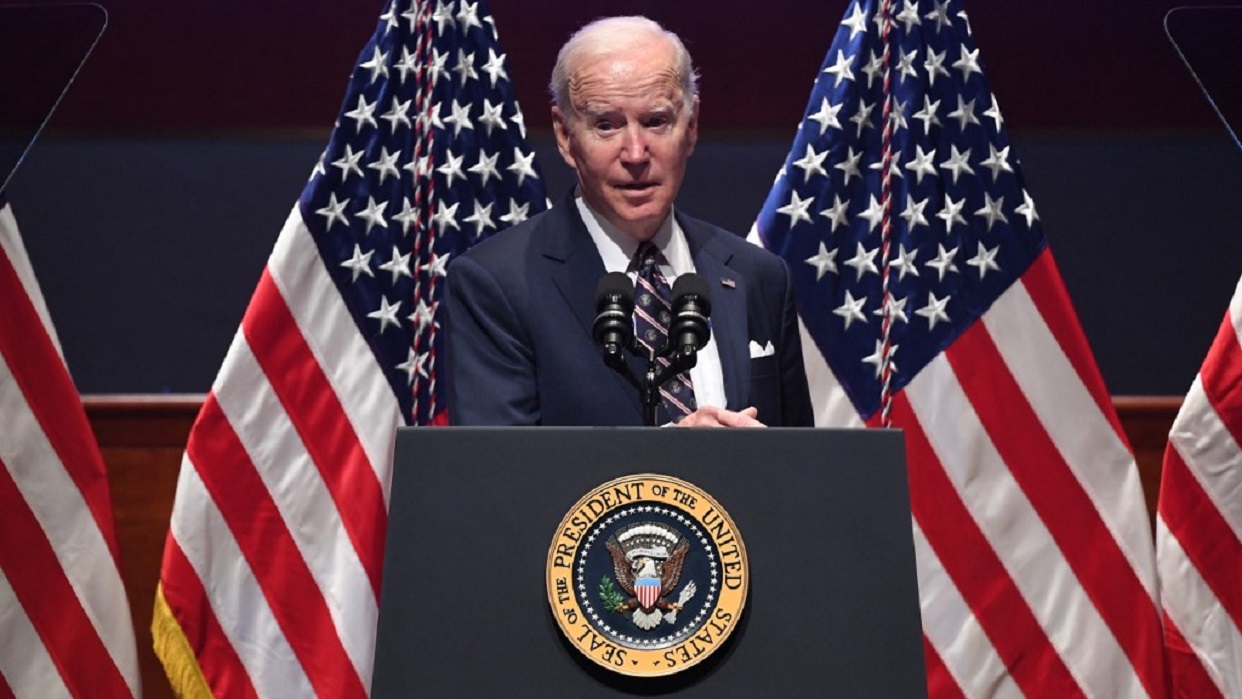 Washington.- Preserving the unity of Western countries against Russia since the invasion of Ukraine, and sounding out its position against China: the President of the United States Joe Biden begins a week of intense diplomatic activity that will take him to Europe on Wednesday.

This call should prepare a day of high diplomatic intensity on Thursday in Brussels.

Biden, his counterparts from the Old Continent and other heads of state and government of allied countries will hold an extraordinary NATO summit and a G7 meeting. There will also be a European Union summit to which the US president is invited.

– Refugees –
From Brussels, Biden will travel on Friday and Saturday to Poland, where hundreds of thousands of Ukrainian refugees arrive. Ten million people in Ukraine, more than a quarter of the total population, have already fled their homes, of whom 3.5 million left the country.

His agenda so far only includes a meeting with his Polish counterpart Andrzej Duda, which fuels speculation about another commitment by the US president – the White House has already indicated that an incursion into Ukraine is ruled out.

Democrat Biden made two foreign policy promises at the start of his term: repairing alliances damaged by his Republican predecessor Donald Trump and engaging more in rivalry with China.

The war in Ukraine has so far allowed the White House host to check the first box: The West has imposed unprecedented economic sanctions on Russia, while some countries have made dramatic strategic changes.

As for the “pivot to Asia”, Biden is currently forced to pivot to Europe. But Russian President Vladimir Putin’s offensive in Ukraine could prove to be a balance of power between Washington and Beijing.

The United States raised its voice last week by publicly expressing concern about China’s possible military and economic support for Russia. During a video call on Friday, Biden has already threatened his Chinese counterpart Xi Jinping with retaliation if he takes action.

– China –
The US president is betting that the severity of the sanctions against Russia will make China, the world’s second largest economic power, reflect, whose officials, far from condemning the invasion of Ukraine, refuse even to speak of “war”, preferring to evoke the “crisis or the “situation”.

But Biden’s calculus can only work if the United States and its allies show the same toughness toward Beijing that they share toward Moscow.

However, the economic bets of a possible escalation with China are of a completely different dimension, in an already volatile global context of rising energy prices and certain food products.

The US president and his allies will also have to decide how to keep the pressure on Moscow over time. After almost a month of war, consultations and escalation of sanctions, what threats can Westerners still wield in the face of the bloody conflict that continues?

Economically, a lot of cartridges have already been fired. On a military level, Americans regularly congratulate themselves for having “galvanized” NATO, but the options are fewer and more complex.

Biden, for example, promised to help kyiv acquire long-range anti-aircraft defense systems, the Russian S-300. But this commitment raises difficult logistical and strategic questions: where to find these devices? How to deliver them? How to strengthen the Ukrainian forces without weakening other European countries?

A recent incident involving Poland precisely illustrated the limit set by the United States itself: do nothing that provokes a direct military confrontation with Russia.

Warsaw had offered to entrust Mig-29 fighter jets to the Americans, for the latter to deliver to Ukraine. But Washington rather curtly rejected the proposal.

Doc-In your hands 2: the previews of the last episode

With an average of 20 units per day, in May there were more sales of 0km vehicles

Typhoon, the pride of the Russian military-industrial complex, was destroyed in Ukraine – General Staff of the Armed Forces of Ukraine