Bellingcat and The Insider have identified a sadist who tortured a Ukrainian fighter. He is from the Chechen “Akhmat” 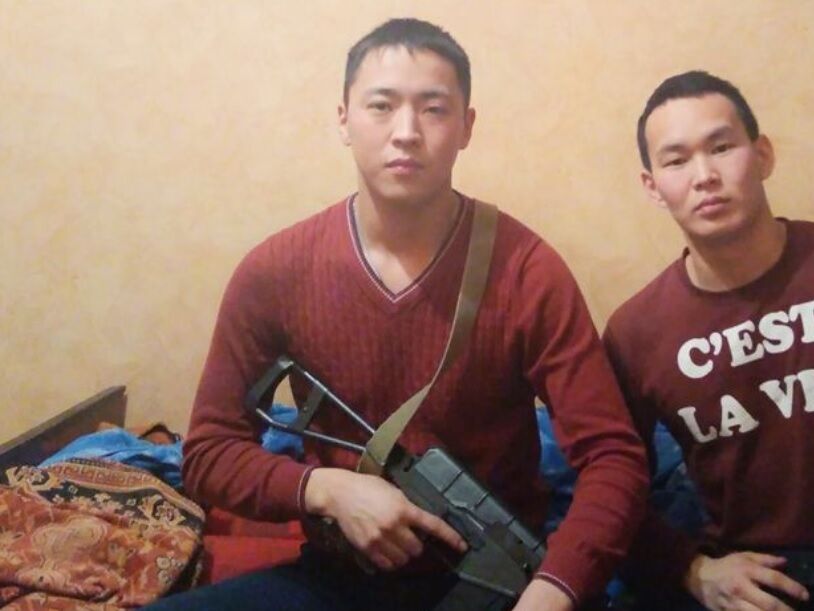 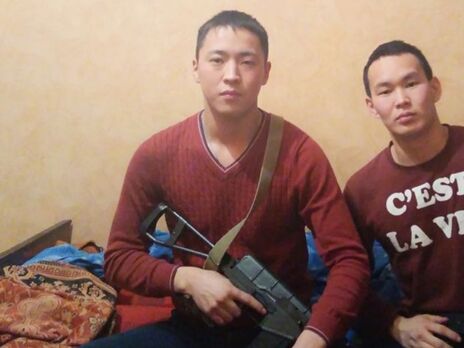 Investigators spoke about the conversation with Mongush (pictured left)

The Russian soldier who tortured and then killed a Ukrainian prisoner of war is a Tuvan named Ochur-Suge Mongush. This is stated in the investigation published on August 5. The Insider and Bellingcat.

On July 28, information appeared in social networks about the bullying of the invaders over the Ukrainian prisoner. The authors claimed that the Ukrainian had his genitals cut off and then shot dead. Videos of bullying were also posted.

Investigators at Bellingcat and The Insider noted that “the main participant in these tortures, flaunting in a cowboy hat, has already been tried by various media, but their attempts to identify were erroneous.”

For a new attempt at identification, images were taken of both the man himself in the hat and the car with the letter “Z”, which was caught on video. As a result, the journalists found other videos that got the right person.

“For example, June 27 RT and “RIA News” published their videos filmed at the Azot chemical plant in Severodonetsk. The facility, on the territory of which there were hundreds of civilians fleeing the invasion, on June 25 came under the control of Russian mercenaries, including those from the Chechen Akhmat battalion. When an Akhmat fighter with a Chechen flag patch on his shoulder speaks to the camera, the same cowboy in an identical hat can be seen in the background, pulling out ammunition.

Its authors found Mongush using face search sites. Then they came across his phone number, left on social networks due to the loss of a driver’s license, and called the “sadist”.

“Although he denied his involvement, his testimony finally confirmed his guilt. He stated that he had not tortured anyone and had never held a weapon in his hands, but had simply accompanied Russian journalists, and the video with his participation was simply edited. He also claimed that he immediately after the video appeared, he received a call from his journalist friends, who told them that the video was fabricated, and they advised him to report to the FSB and show the travel lists, from which it is clear when he arrived and left.Mongush claims that he was detained in the FSB for two days , made sure that the video was fabricated, and then said that, in fact, this video was posted by the Armed Forces of Ukraine and fell into the hands of the Ukrainians when they found the criminal who raped a 10-year-old child. , very many people have it, and he has never seen the car that appears in the video of torture.At the same time, Mongush admitted and repeated several times that in the video published from the territory of the , indeed he is,” wrote The Insider and Bellingcat.

Investigators note that Mongush’s version boils down to the following: “The soldiers of the Armed Forces of Ukraine found some video where a certain rapist mocks a Ukrainian soldier, and then for some reason they edited it so that the rapist looked like Mongush, and with all the small details, including patterns on the hat and bracelets; even if you imagine that the Ukrainian Armed Forces really wanted to defame the unknown Tuvan for some reason, it is not clear how the car from the torture video appeared on the video of the pro-Kremlin blogger Lancaster, because that video was definitely not edited by anyone.”

The investigators also concluded that the videotaped torture of the Ukrainian soldier took place in the area of ​​the Privolye sanatorium on the banks of the Northern Donets in the Luhansk region. It was there that the militants of the Chechen Akhmat, of which Mongush is a member, were stationed.

“For example, he claims that he has nothing to do with the Akhmat battalion, but is present in the photo with the Akhmatovites, including those from the territory of Chechnya. He claims that he never held a weapon in his hands, but on his page in ” VKontakte (now deleted) posted a photo with weapons. He also claimed that he had come “home”, where he was calmer, that no one would find him, but at the same time repeated several times that he was now in Moscow. However, he had never been in Moscow before did not live – as can be seen from open data and the registration database, he lived in Kyzyl and St. Petersburg,” write Bellingcat and The Insider.

The accusation against Sabrina Carballo after the controversy: “She leaked the audio”

At the beginning of the week, the blue dollar falls to $334

Nadal falls in the final, Djokovic regains the lead without playing

Vlada Sedan: I have been living in England for the third year, I have a house, comfortable living conditions, but I really want to return to Ukraine