Being sanctioned by OFAC! Conviasa will not be able to fly to Colombia 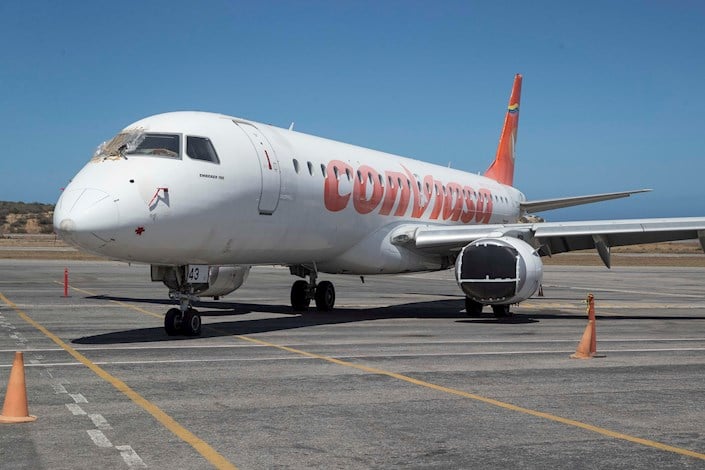 
Despite fine-tuning details for what will be the reopening of the Colombian-Venezuelan border on September 26 and the resumption of flights between the two nations, the state airline Conviasa will not be able to fly to the nation of New Granada, since it is on the list of sanctions of the Office of Foreign Assets Control (OFAC) of the United States Departmentfor being linked to operations linked to corruption with the administration of Nicolás Maduro.

According to what was expressed by the Colombian Ministry of TransportGiven this circumstance, the Venezuelan airline will not be authorized to reach the neighboring country.

Experts say that there could be turbulence on the only flight that should not present the slightest inconvenience. And strong turbulence. The story to which the Colombian government has tried to tone down in various scenarios, is rising in temperature as the day approaches when the first flights are carried out, the reintegration of air communication, between Colombia and Venezuela .

Two airlines have everything ready to operate. From Colombia, Wingo, Cup affiliatewill operate the Bogotá-Caracas and Caracas-Bogotá route, using the El Dorado and Maiquetía airports.

On the Venezuelan side, the chosen airline is Conviasa, who hasn’t flown to Colombia for five years. Conviasa has state origin: on March 30, 2004, the then President Hugo Chávez stamped his signature on the decree that gave it life. In its beginnings, the airline belonged to the defunct Ministry of Production and Commerce, but it came under the purview of the Ministry of People’s Power for Water and Air Transport.

What no one dares to comment on publicly, and that would be the source of tremendous trouble, is that Conviasa is included in the so-called Clinton List.

Cristina Fernández denounces that the Prosecutor's Office incurred in "lies, slander and defamation"

David Martínez is low at the last moment: the eleven River against Vélez