Because many smokers are not at risk of developing lung cancer 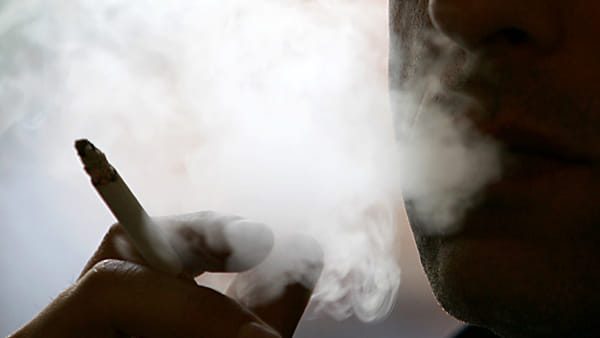 Lung cancer is one of the leading causes of cancer death in men and the second in women in Italy, with almost 34,000 deaths in 2021. In recent years there has been a slight decrease in the incidence in men, but a significant increase in women: this trend reversal is linked to smoking, which decreased in the male population but increased in the female one. In fact, cigarette smoking is considered the most important risk factor for this neoplasm. The more you smoke (or the more smoke you passively breathe) in life, the more likely you are to get sick. To increase the risk, not only the amount of time in which one smoked but also the number of cigarettes smoked (even if the first factor remains the most impacting). According to experts, if you start smoking a pack a day at a very young age and continue for the rest of your life, you can even get sick more than someone who smokes two packs a day but for a shorter time. In particular, the risk of smokers of lung cancer increases by about 14 times compared to non-smokers and even up to 20 times if they smoke more than 20 cigarettes a day. Quitting, on the other hand, leads to a strong reduction in risk which varies, however, according to age. According to theAmerican Cancer Societyif you quit smoking before the age of 35, the risk is reduced by 90%, if you quit within the age of 50, the mortality in the following 15 years is halved compared to those who continue, if you start after the age of 60 you will earn 3 years of expected life.

Smoking tobacco, therefore, not only increases the risk of heart disease, diabetes and stroke, but is also the leading cause in the vast majority of lung cancer cases. Despite this evidence, however, only 10-20% of smokers actually develop this neoplasm. Some people smoke a pack of cigarettes a day for decades and somehow avoid lung cancer. How is it possible? According to what emerged from a recent research, conducted byAlbert Einstein College of Medicine, these smokers have a system capable of repairing the genetic damage caused by smoking and which protects them from the risk of lung cancer. This discovery, published on Nature Geneticscould help identify those smokers who are at increased risk of developing the disease early on and therefore deserve closer monitoring.

Lung cancer almost never presents with symptoms in the early stages. Often, the disease is, in fact, diagnosed when tests are carried out for other reasons. When present, the most common symptoms are: continuous cough that does not go away or worsens over time, hoarseness, blood in the phlegm, shortness of breath, chest pain which increases in the case of a cough, loss of weight and appetite, tiredness, respiratory infections (bronchitis or pneumonia) that are frequent or that return after treatment.

Research has long learned that smoking triggers genetic mutations in normal lung epithelial cells (i.e. the cells that line the lung) which, in turn, can lead to lung cancer. In particular, according to a study, published in Science, the lung cells of people who smoke a pack of cigarettes a day develop around 150 new genetic mutations each year, greatly increasing the risk of lung cancer. Lung epithelial cells survive for years, even decades, and therefore can accumulate mutations with both age and smoking. Of all types of lung cells, lung epithelials are the ones most likely to become cancerous.

Building on this evidence, the team analyzed with a new sequencing technique (called ‘single cell multiple displacement amplification’ and developed in 2017 by Dr. Jan Vijg, senior co-author of the study and professor of Genetics), lung epithelial cells, collected by bronchoscopy from 14 non-smoking subjects, aged 11 to 86 years, and 19 smoking subjects, aged 44 to 81 years , who had smoked a pack of smoked cigarettes a day for a year. “Single-cell whole genome sequencing methods can include sequencing errors that are difficult to distinguish from true mutations, a major flaw when analyzing cells containing rare and random mutations,” explained the Dr. Vijg. The new method, developed by the researcher, solved this problem and allowed to obtain a much more accurate representation of the true mutations of the lung epithelial cells of the patients involved in the study.

As expected, the researchers found far more mutations in the lung cells of smokers than those of nonsmokers, but also found that the heavy smokers did not have the highest number of mutations. In particular, they observed that the number of cellular mutations was closely related to the amount of cigarettes the subject had smoked, but only up to a certain point: in subjects who had smoked 23 packs per year (one pack per year of smoking). equivalent to a pack of cigarettes smoked a day for a year), the increase in cell mutations had stopped.

The reason why heavy smokers did not show the highest burden of mutations, according to the study authors, is related to the fact that these people have much more competent systems in repairing DNA damage or in ‘detoxifying’ from cigarette smoke. make it less ‘capable’ of causing mutations. “However – said the researchers – further evidence is needed to confirm this explanation.”

Only 10-20% of smokers develop lung cancer

The study therefore showed that the most ‘heavy smokers’ survived this long despite having smoked more than the other subjects, because they were able to stop the accumulation of mutations caused by it. “This – explained the Dr. Simon Spivack, senior co-author of the study and professor of medicine, epidemiology, population health and genetics atAlbert Einstein College of Medicine – experimentally confirms that smoking increases the risk of lung cancer by increasing the frequency of mutations, as previously hypothesized, but it is probably also one of the reasons why so few smokers (10 to 20%) get lung cancer ”.

The importance of prevention and early diagnosis

If this discovery is also confirmed by further studies, it could pave the way for new strategies for prevention and early diagnosis, thus lowering the death rate from lung cancer. After this study, the team hopes to be able to develop new tests that are able to determine a person’s ability to repair DNA or detoxify from smoking, in order to assess their risk of developing lung cancer from smoking. and, in this case, intervene promptly.

GMOs change their name and also arrive in Italy

Patients with heart surgery do not listen to the doctor. drink, smoke, eat fatty foods and use the free “life-saving” program for the second or third time

THE MORE I WATCH HIM, THE MORE I COLD ANGELA told how she managed to get over Mateja and how she feels after that, and here is who listened

Alarm for Di María at PSG: he was injured and will be absent against Lorient