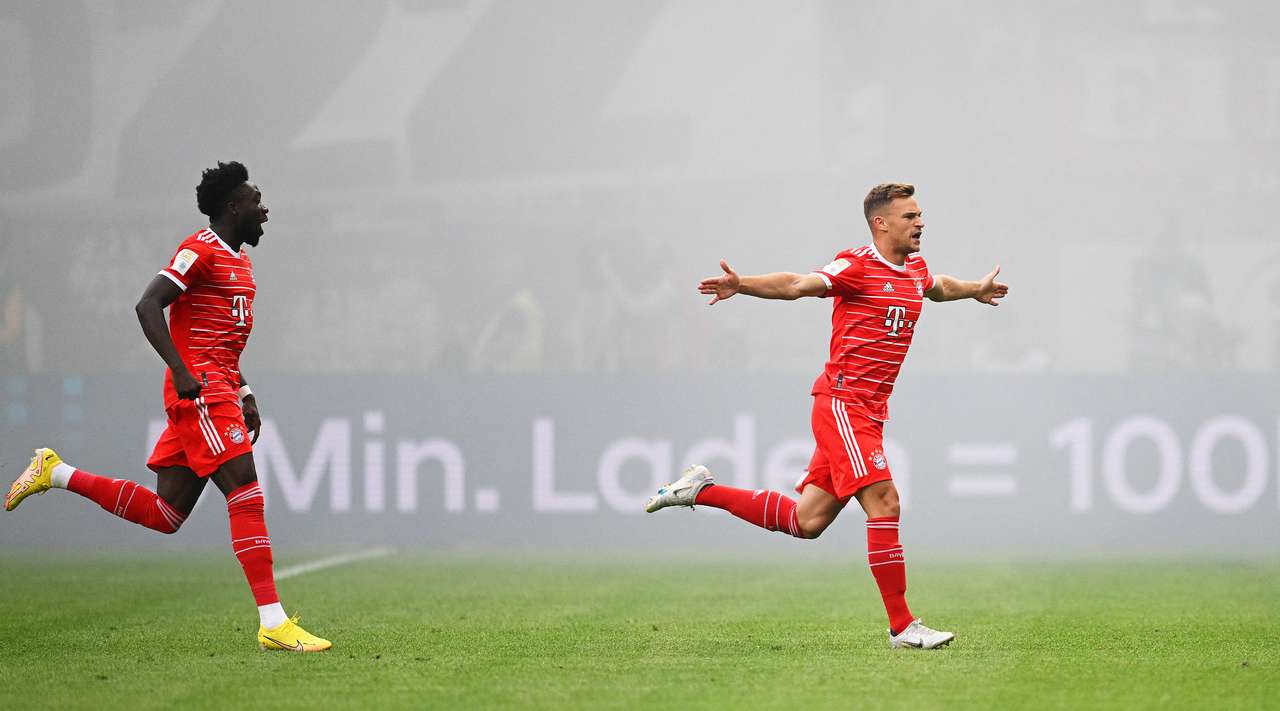 Bayern Munich started the new Bundesliga season with a deep win over Frankfurt at the home of the latter.

In the 5th minute it was Kimmich who scored a fantastic goal from almost the middle of the field with a free kick. It didn’t take long and in the 11th minute, it was Pavard who took advantage of a scramble inside the box and sent the ball into the net.

Becoming the hosts of Frankfurt, Bayern also scored the third goal in the 29th minute through new signing Sadio Mane after an assist from Gnabry.

In the 35th minute, it was Musiala from the assistance of Muller who quadrupled the numbers. Before the end of the first half, Gnabry brings the score to 0-5.

The second half was quieter, with the goal coming from Frankfurt in the 64th minute through Kolo Muani. For Dutchman De Ligt, who is another new signing from the Bavarians, there were minutes available after being activated in the 82nd.

Musiala scored the sixth goal for Bayern in the 84th minute. Bayern Munich manages to get the first three points in this first match of the season in the German championship./ h.ll/albeu.com

The immigrant in Greece tries to rob an apartment, is dragged by a car while trying to leave in a hurry (PHOTO NEWS)

Violence in the Caucete hospital: he attacked a doctor and smashed a glass of a pineapple

Spring: 10 quotes that tell us why we love it

COVID in Albania: 806 citizens are infected, a loss of life in the last 24 hours!