Basketball: “I’m not retired”, Nando De Colo confides in his return to the French championship 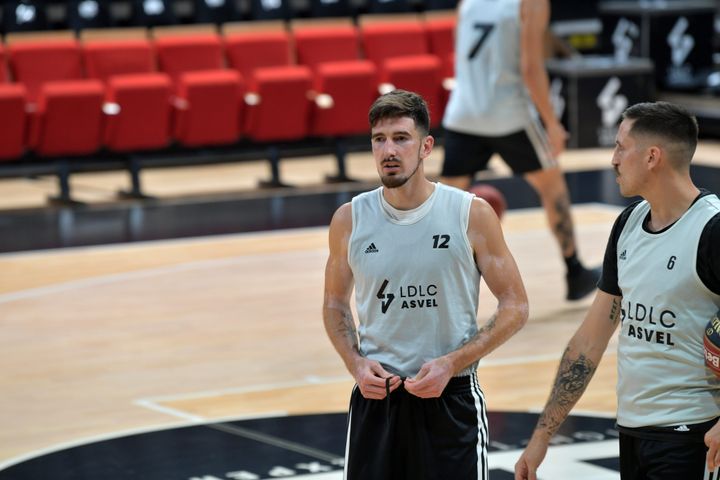 He is back. Nando De Colo (35) is the new attraction of the French basketball championship, which begins on Friday September 23. Thirteen years after his departure, the 2013 European champion and 2021 Olympic vice-champion is back home, in the colors of Asvel Lyon-Villeurbanne for the next two seasons. Before the start of the season against his former club, Cholet (Sunday at 7 p.m.), the double winner and MVP of the Euroleague with CSKA Moscow assures not to be here “retired”.

Franceinfo: sport: Are you happy to return to France?

Yes, of course, I am happy to be able to return to France even if, as I have already said, my priority was first to stay in a club which plays in the Euroleague. The fact that this club evolves in the French championship is a plus, to find rooms that I knew more than thirteen years ago and even for my family life. We are happy to be able to come to France.

Was Asvel obvious to you?

To be honest, no. I had had contact with Valencia, in Spain, a club through which I went. It was a very interesting project, rather similar to that of Asvel. The only catch was that they were on a single Euroleague year and didn’t know exactly where he would be the following year. I couldn’t see myself going there for a year and then having to leave if there wasn’t the Euroleague, because that’s my personal goal.

I had contacts with Monaco, Fenerbahce, in Turkey, and then Asvel positioned itself. Tony [Parker] explained the project to me. After reflection, mainly with my wife, I decided to sign. The project is very interesting with the objective of reaching the top 8 of Euroleague. It is a club that wants to evolve. I’m here to bring my experience, to bring what I can do on the field. I am not retired. I have at least two years of giving my all in training and in matches.

Did the fact that Tony Parker is president of Asvel make things easier?

No, to be honest, not at all. Of course I know Tony [Parker], he happens to be the president of Asvel, but whoever the president is, it was the project that mattered to me. I explained to Tony that the project was interesting but that I needed to talk to TJ Parker [l’entraîneur de l’Asvel] to know what would be his philosophy. I know him but I don’t know exactly how he is on a daily basis. We get to know each other as we go. When we spoke on the phone, we told each other things: he knew what I could bring to the team and what he could expect from me in return.

Has the French championship progressed since your departure in 2009?

Regarding the French championship, I could really answer it in a few months. Today, I can’t position myself yet. I came back to a club that plays the Euroleague, that’s the priority objective, but I never put aside the domestic championships. I’ve never done it, I’m a professional person. I know it’s a championship that plays fast, athletic. What has evolved is that more and more young people are being brought to the fore.

At 35 and having won almost everything, how do you stay motivated?

The body evolves, you have to take care of what may happen towards the end, but it’s not complicated in terms of motivation. The day I get tired of going to the gym is that it will be time to hang up my sneakers. It would be a shame to stop if I still have the capacity to continue. Today I am motivated. I’m not going to give you my daily schedule, but if I don’t arrive an hour or an hour and a half before training, there’s a problem. I know that it is through sacrifice that success comes.

Do you regret not having played Eurobasket with the France team?

I am not a person who lives with regrets or I try, at least to the maximum, not to have any. I know why I skipped the France team this summer, because I’ve been there since 2008 and haven’t missed a single summer. I needed to breathe, to spend time with my wife and my three daughters. I also think about my whole career. I didn’t say no: I just took a break to be able to start even stronger from 2023 at the World Cup and finish at the Paris Olympics. Not just to bid farewell to the France team but to achieve results and contribute to this team.

Kiev: «Armed groups to vote for the referendum» Still long queues to escape from Russia