Basketball, Banchero chooses the Italian national team: “I will give my contribution” 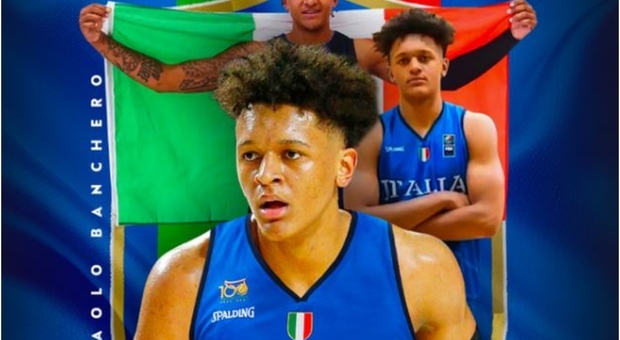 Banker chooses the Italian national team. «When I play for the national team I will be another player, and I will commit myself to being the best teammate, example and basketball player possible to help Italy. I am excited to be able to contribute to the team sooner or later and achieve great results».

NBA, Paolo Banchero exclusively to the “Messaggero”: «I would love to play the World Cup in blue, but I have to think about it»

In an interview to the site of FibaOrlando Magic star Paolo Banchero dissolves his doubts and announces his intention to play for the Azzurri. «It is clear that we are pleased – commented the president of Federpallacanestro, Gianni Petrucci – but we are leaving for the USA, where we will propose an overall project to him, the club and the manager».

On the road to stardom, he speaks on @Italbasket and more ↘️ ⭐️

Cyberattack on the Eurochamber website, claimed by Killnet's Russian hackers On the day of the resolution against Russia. Metsola: "My answer is glory to the Ukrainians"

The Pope rejected the “love of statistics” during the Chrism Mass

“Armenia will be negatively affected by the consequences of the crisis in Russia.” Fitch Ratings confirms “B +” rating for Armenia

The UN Security Council will meet again because of the war of the Russian Federation against Ukraine: sexual violence will be discussed