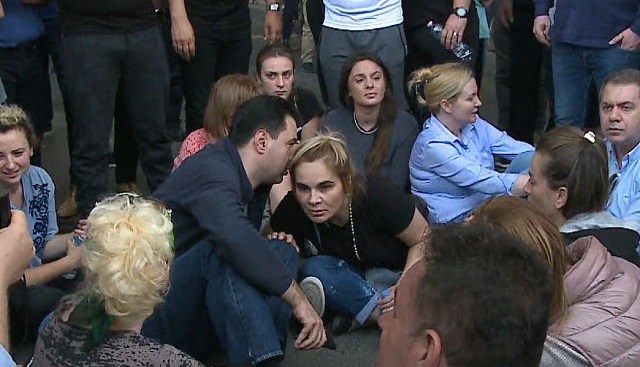 
The chairwoman of the SMI, Monika Kryemadhi, has reacted after the resignation of Lulzim Basha from the post of the chairman of the Democratic Party.

Kryemadhi stated that Lulzim Basha’s resignation from the leadership of PD was expected.

“The resignation must be seen from two perspectives, the first is that every drag of Basha at the head of the DP did not unify the DP. I continue to remain stoic that the free vote provides a solution to the situation in which the DP finds itself. If the DP is not complete the opposition will be difficult. It is not a novelty in political life. I was waiting for him because PD deputies were no longer supporting him. “The result of March 6 was very funny,” said Kryemadhi.

In the studio of “Quo Vadis”, Kryemadhi said that he no longer even had the support of MPs, while emphasizing that Basha definitely needs a political post.

“For other economic, financial and blackmailing interests, they are what make Basha definitely need a political post in order not to go through the procedures, either with the Belgian issue or with Muzin in the US,” said Kryemadhi./albeu.com/

Garo: It is not the time to deepen the rift, but to start an open process

Why Israel, Australia, New Zealand and Singapore are one breath away from normal

Stress accelerates the aging of the immune system