Banco de Venezuela establishes itself as the largest in the country and concentrates 56.3% of total assets 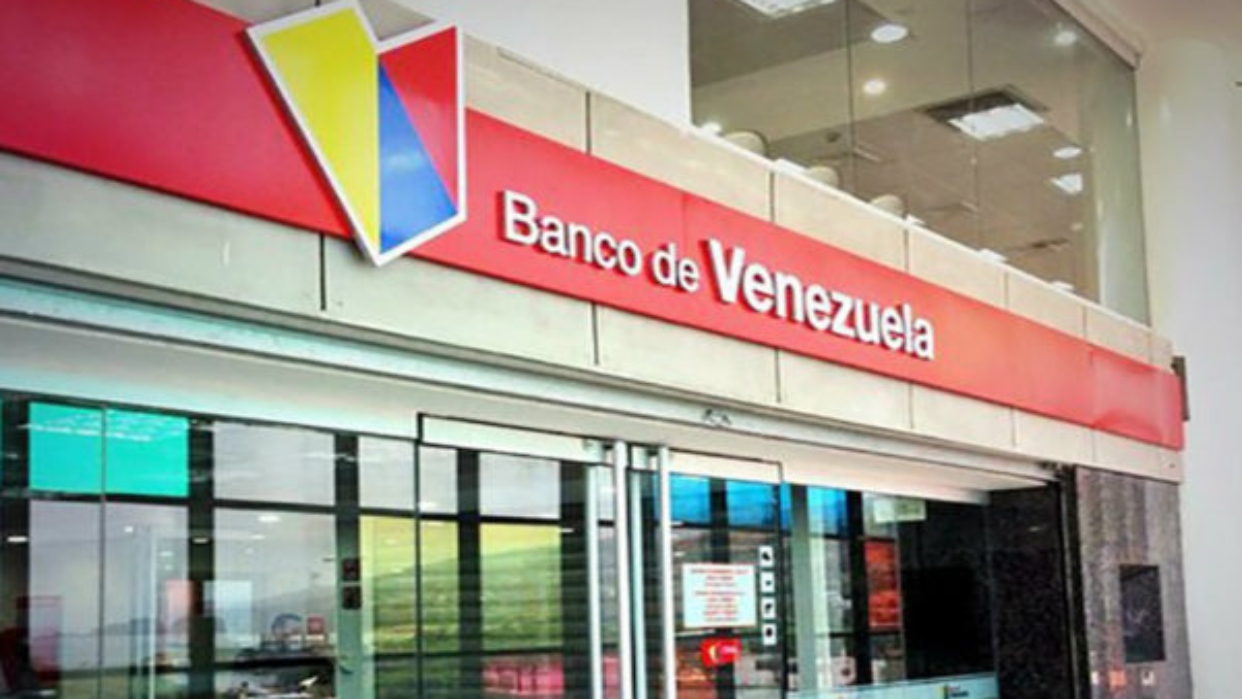 
Banco de Venezuela registered the highest growth in the volume of profits in the system during August 2022 (45.3%) and also increased its profitability by 5.04 percentage points in the last reported year.

During the month of August, Banco de Venezuela, the main state bank awaiting a limited opening of its share capital to private investors, maintained its leadership position in the national banking system, with a 56.3% share of assets. entire financial system. This milestone was recorded after experiencing the highest monthly growth of the item, with an increase of 0.41 percentage points.
Banco Nacional de Credito ranks second in the national banking ranking, with a market share of 6.8% in terms of asset value. The rest of the Top 5 was made up of BBVA Provincial with 6.3%; Banco Mercantil with 5.5% and Banesco with 5.4%, according to the Banking Report of Aristimuño Herrera & Asociados.
The Bank of Venezuela also reflected the largest monthly increase, in absolute values, of the total assets of the Venezuelan banking system, equivalent to 8,694.72 million bolívares or 35.1%, to close the month of August with 33,483.40 million bolívares .
The bank’s loan portfolio reported a monthly growth of 30.84%. From the point of view of the entire banking system; however, this item presented a contraction of 3.47 percentage points, to close with a market share of 23.8%. Despite this, Banco de Venezuela continues to be number 1 in the ranking in gross loan portfolio.
During the month of August, the bank dominated in other categories, such as growth in deposits from the public, with a variation of 1,841.72 million bolivars or 32.7% compared to the month of July. This area also experienced the largest increase in market share, 0.6%, to close with a 33.1% share.
In current accounts the bank grew 34.2% or 1,772.30 million bolívares, while in savings accounts the increase was 28.2% or 97.43 million bolívares. In both concepts, the performance was the best in the global system, with a positive variation of 0.66 points in checking accounts and 1.65 points in savings deposits, resulting in market shares of 34% and 27.8%, respectively. .
The bank registered the highest accumulated growth in the volume of profits in the system as of August 2022 (43.0%). Likewise, it increased its profitability by 5.04 percentage points in relation to the month of August of the year 2021. The accumulated net result of the entity reflected a positive variation of 250.76% compared to the same month of the previous year, totaling a net profit of 200.37 million bolivars.
The delinquency rate of Venezuela stood at 0.32%, representing a reduction of 0.05 percentage points compared to the month of August 2021.

The two Uruguayans who were in Wuhan, the epicenter of the coronavirus, were evacuated

Final and classic: Forsaken and Del Bono will define the champion of the “B”

23rd High-Tech Fair kicks off in Chinese city of Shenzhen