Bad weather: heaps of waste after the storm in Fiumicino 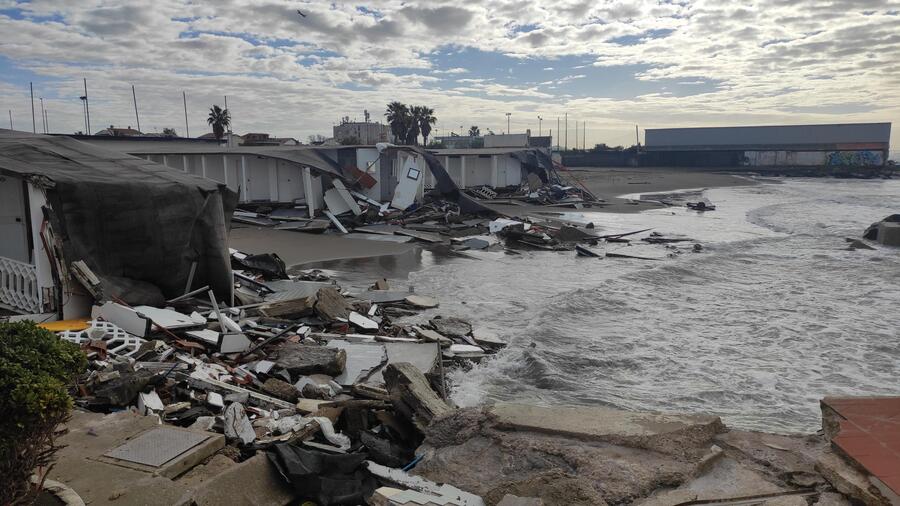 (ANSA) – ROME, NOVEMBER 24 – Trunks, plastic, polystyrene, glass bottles, reeds, debris. Alongside the heavy inconvenience caused by flooding and damage to bathing facilities, this is, once again as in similar situations, the “legacy” of the violent storm on the cliffs defending the area of ​​the old lighthouse in Fiumicino, at the mouth of the Tiber. Heaps of waste dragged by the waves on the rocks but also on the same access road to the district, together with mud. A part of the debris has already been removed from the square closest to the Porticciolo, but sediments still remain on the edge of the final part of Via del Faro. Even on the beaches there is debris and waste. A “tile” that punctually reappears every year and which forces the coastal administrations to once again suffer the consequences and to plan the reclamation. In the last few months, therefore, the important work of reclaiming the debris on the cliffs by the municipality of Fiumicino and the Lazio Region, carried out just under two years ago, has been completely thwarted. Meanwhile, the group leader of the Crescere Insieme a Fiumicino list, Roberto Severini, has launched an appeal for the citizens evacuated to Passo della Sentinella who have had “damage, even serious, to the furniture contained in the houses that have flooded: now, many residents they find themselves with kitchens, tables, chairs and so on completely ruined by the water and they don’t know how to get rid of it.

Taking into account the state of emergency called by the Mayor, we ask you to organize a special collection of bulky waste to meet all citizens forced to face this unpleasant situation. Another possible solution would be to place demountables in Parco Scagliosi, to allow residents to get rid of these rubble”. (ANSA).

Live: Qatar also in the second game without a shot on target, Senegal increased the lead

What is the Ramsay Hunt syndrome that affected Justin Bieber

Inflation: how much of food prices are taxes?