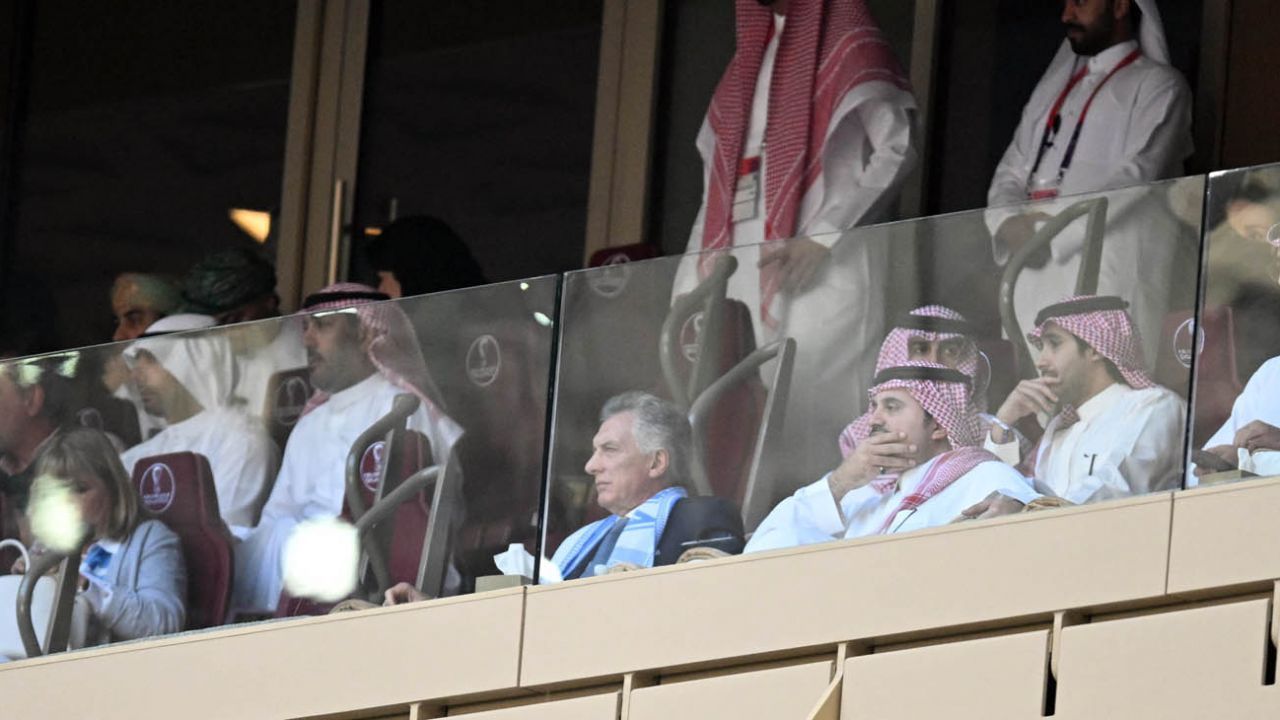 The presence of Mauricio Macri at the debut of the Argentine National Team in the world of soccer qatar 2022 He did nothing but bring problems to the former president. It is that, after the surprising adverse result before Saudi Arabia, the founder of the PRO was branded as a “mufa”. A campaign was even started on social networks for Macri to leave the Middle Eastern country. Amid the theories, a adviser of the Buenos Aires governor Axel Kicillof stated that the former president manipulated the VAR against of National team.

It’s about the health worker Jorge Rachid, who pointed against Macri for his incidence on the actions of the video assistant referee, better known by the acronym VAR (Video Assistant Referee). The national team led by Lionel Scaloni lost on Tuesday 2-1 against Saudi Arabia in their World Cup debut with a controversial goal disallowed by Lautaro Martínez at the behest of VAR.

In this sense, Rachid stated in statements to Radio Con Vos that “there is a manipulation that can lead to erasing the joy of the Argentine people.” “A happy town is not the same as a sad town. Macri is president of the FIFA foundation, one of the most corrupt places on the planet. The same (FIFA president, Gianni) Infantino appointed him”, the member of the Instituto Patria questioned.

Along the same lines, the Peronist maintained that the ex-president has the will to harm Argentina and added that he “instruments it through the VAR.” “Who puts the VAR people? Me or FIFA?”; pointed out the doctor with close ties to Kirchnerism. In any case, he denied hating Macri, although he accused him of integrating spaces with links to corruption. “I do not hate anybody. I am not biased, I know who Macri is and I classify him as what he is: a corrupt character who is part of FIFA’s management, “he said.

It should be remembered that Rachid tweeted on Tuesday, just after the match between Argentina and the Arab team: “Macri was in the box enjoying the defeat. I said it yesterday: it is part of the corrupt, gangster, fraudster FIFA device. The annulled goals did not come from a cabbage, but from VAR. Who runs FIFA? It’s not mufa, Macri. He is wicked, manipulative. He is capable of any action to harm, ”he accused.


The presence of Mauricio Macri in the game from a box

Macri was present at the debut of the Argentine National Team in Qatar, after the 2-1 defeat by Saudi Arabia. He was seen in one of the official boxes, surrounded by sheikhs, and dressed in a jacket and tie. The former head of state was shown with a scarf with the Argentine colors while following the match at the Lusail stadium.

Macri traveled as one of the heads of the FIFA Foundation, a position he holds ad honorem and since last Friday he has been installed in Doha. He has been with said foundation since January 2020, and that allowed him some international visibility and travel the world. It is expected that he will remain in Qatar until the end of the World Cup, to return to Buenos Aires, and spend the end of the year holidays in Patagonia.

“My children have arrived, and we are going to experience it as a family, the truth is that we are all very excited,” he told before the game with Saudi Arabia, according to NA. The Juntos por el Cambio benchmark predicted that the team led by Scaloni would be the candidate to win the world title. “I have faith to be in the final again, Scaloni has put together a very good group, (Lionel) Messi is very focused and there are five or six very important players,” he said.

When asked by DSports Radio, Macri revealed that he has been friends with the Emir of Qatar “for years”, and joked that he is a “Boca fan”. Sheikh Tamim bin Hamad Al Thani visited Casa Rosada in 2018, with the aim of increasing bilateral trade and promoting investment between nations. In the middle of the internal opposition, the former president disconnected from local politics, and left behind the debates in the search for candidates in the bid for 2023.

Was he injured? The painful image of Neymar that worries Brazil