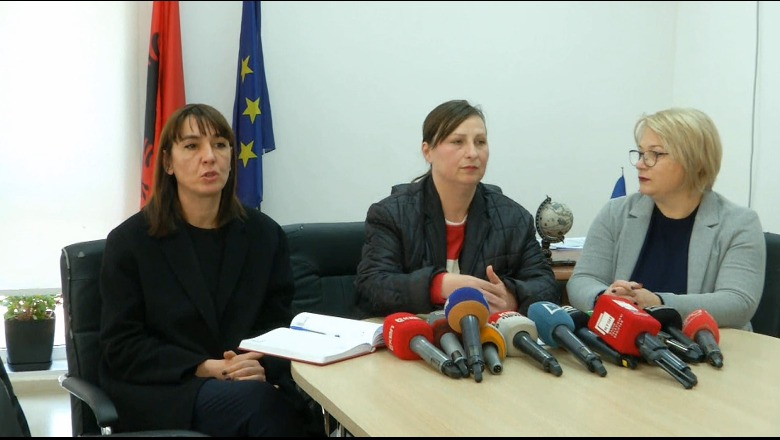 
The Institute of Food Safety and Veterinary has issued a conference today, regarding the situation caused by bird flu.

Ermira Gjeci, Deputy Minister of Agriculture said that all measures have been taken, while adding that ISUV has been under monitoring from March 7 to March 17, when the first cases of bird flu were detected.

Gjeci stressed that this disease does not cause problems with poultry products and by-products and human health.

“From March 7 to March 17, the Official Veterinary Service of the Ministry of Agriculture has been following the whole situation. On these dates, the result of ISUV based on samples were positive for laryngeal tracheitis, on March 19 new samples were taken from one subject, there were 18 samples and the presence of bird flu was confirmed.

Official veterinarians are on the ground, they have quarantined the area which has been positive. The protocol stipulates that in the radius of 3 kilometers is called the foci of infection which is quarantined and in the radius of 10 kilometers is the area which is monitored. The farms in this area are monitored and tracked and sent for analysis. Regarding the quarantine area of ​​the egg is isolated, AKU has taken measures for these products, but this disease does not cause problems with poultry products and by-products in human health. It is enough to take the necessary measures such as cooking products and by-products at 70 degrees. ”- she declared.

While the Director of the National Veterinary Authority, Tana Kika stated today at the press conference that the burial of chickens has been delayed due to not finding a suitable place.

“We sent the request on March 7. The place is determined by the local government. An agreement has now been reached and their departure will begin. We made endless requests. We have a week trying to find a place where the dead animals will be buried. On March 19, the framework of procedures was changed. We implemented the emergency plan for these diseases.

Our law also provides for burial. Even the method of combustion. Everyone has to express themselves according to the legislation to find the right place. We have found the place today and the process starts very soon. We have interfered in communication with the media. We will communicate with you about the country as soon as we have the official confirmation.

Street shopping should be avoided. The sale of live birds in the markets has been banned. They should only be directed to sales units. In these cases when we guarantee we have it under control. This is necessary for the consumer and not the name of the company that tells them. We have banned the entry and exit of live birds and the exit of egg product establishments. Because uncontrolled inputs and outputs can lead to the product being taken and taken to other farms that are not affected.

The measures were taken on 19 March 2022. This means that the eggs found on the market are produced on earlier dates. “Eggs can stay in the market for 21 days and if they are not sold, they are returned and destroyed.” tha ato./mj

There are no risks of increasing the electricity tariff as a result of the program implementation. Buy Sanosyan

Changes in the group “Hurricane” – Sanja and Ivana perform without Ksenija: Reason is also blamed