Attempted theft at the snack dispenser in high school: 33 years old broke the glass and bleed to death 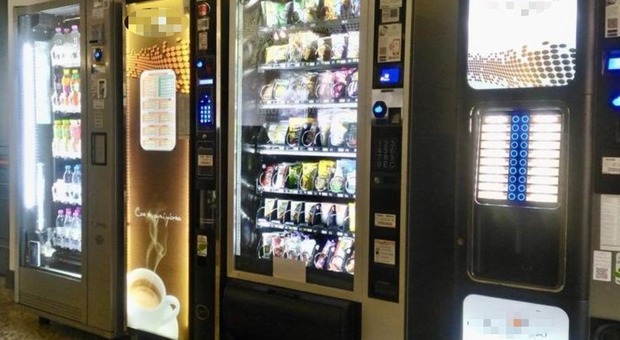 He attempted a theft from a snack and soda machine, but it cost him his life. He has the contours of the horror of the accident that occurred to an unemployed 33-year-old from Canicattì, Dario Valerio Pedalinofound dead this morning inside the Sciascia scientific high school: a plot that seems remember that of a book written by Andrea Camilleri, who not by chance entitled one of his novels “Il thief of snacks”. A real tragedy of poverty: what was supposed to be an easy blow, without risks or hitches, has turned into drama.

The body of Dario Valerio, when the school reopened, was in a pool of blood: he bled to death after the glass of the vending machine broke and mortally wounded him. On the spot, in via Pasolini, when the alarm went off, the carabinieri of the Canicattì company rushed. Naturally, the Public Prosecutor of Agrigento was immediately notified. The discovery of the body was made by some school workers, at the time of the reopening of the scientific high school: 118 was also alerted, but the doctors could not help but ascertain the death of the young man.

The reconstruction of the accident

According to a first investigative hypothesis, the thirty-three year old unemployed would have sneaked into the school at night to carry out a theft. He probably would have had to raid – collecting all the coins contained in the drawers vending machines for snacks and drinks. An intrusion, however, ended badly because, shattering the window of the snack dispenser, coffee and soft drinks, he would have caused a deep wound in his arm. Apparently he fainted and remained on the floor, effectively bleeding to death. This is the reconstruction of the carabinieri of the Canicattì company.

The Public Prosecutor of Agrigento, headed by the acting Salvatore Vella, immediately decided that an autopsy will be carried out to substantiate what seems to be the most probable investigative hypothesis – for how the 33-year-old Canicattinese was found. Throughout the Agrigento area, but not limited to, thefts from snack and drink vending machines – placed inside school or public buildings – are now periodic. However, since it was a question of thefts considered easy and without any risk, a misfortune like that of this morning had never been registered. A detective story that ended in tragedy.

Microsoft, in January 2023 end of support for Windows 8.1 Less than ten years after the launch, stop security updates

China-Russia and the strange arms relationship

The European Parliament adopted a resolution demanding sanctions against the oligarch Ivanishvili. The ruling “Georgian Dream” responded that the EU body became a “victim of fakes”

IT IS INTERFERING WITH MY LIFE! Karić sharply lowered Mensur to the ground, he is indignant because of Mina’s entry, he does not believe that the family is against him!