Attacks against Syria and Iraq: What does Turkey want? 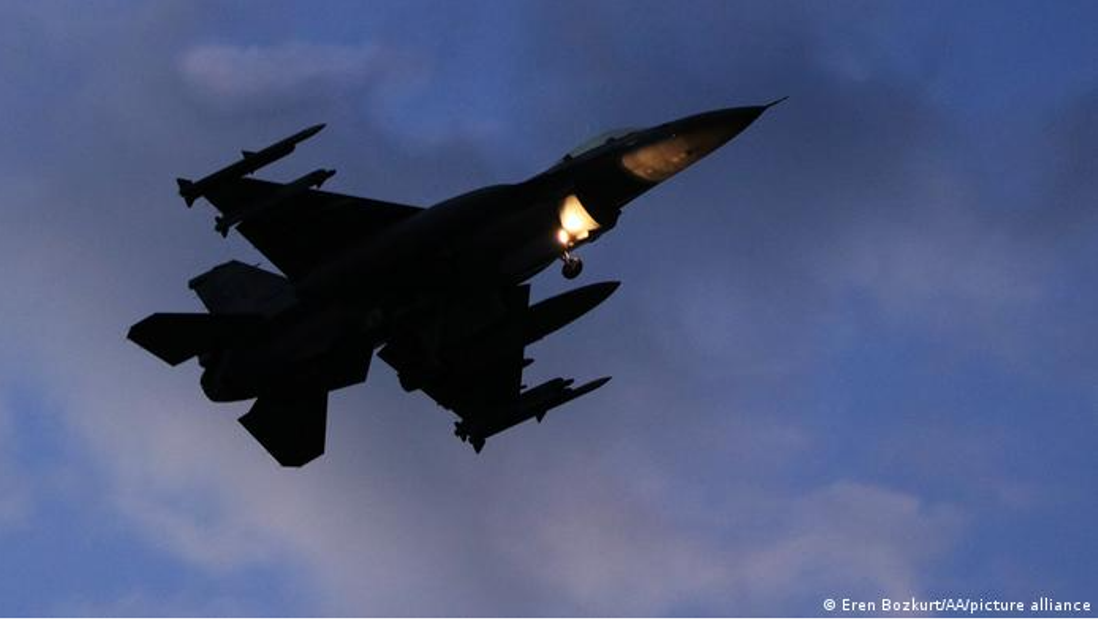 
After airstrikes against Kurdish positions in Syria and Iraq, Turkish President Erdogan says he does not rule out the possibility of a ground offensive. Kurdish militias declare that they will take revenge. The situation is tense.

Turkish President Recep Tayyip Erdogan announced the development of a major air offensive against Kurdish positions in Syria and Iraq at the beginning of the summer. On Sunday night (20.11), a week after the bombing of Istanbul, the Turkish air force carried out attacks against the positions of the Kurdish PKK and the Kurdish militias of the YPG, in the north of Syria and Iraq. According to the Turkish military, 90 positions were destroyed during the attack, including bunkers, tunnels and ammunition depots. In addition, “184 terrorists were neutralized”. According to Syrian activists, at least 35 people were killed during Turkey’s offensive, including ten soldiers of the Syrian government army.

There were no deaths in the north of Iraq, it is reported. An independent verification of these data is not possible.

In the militias of the YPG, the popular defense units, Ankara sees the extended hand of the PKK, the Kurdistan Workers’ Party, a party that has been banned in Germany and put on the list of terrorist organizations by Europe and the US.

Ankara accuses these two organizations of being responsible for the latest attack in Istanbul, where six people were killed and 80 others were injured. For their part, YPG and PKK have denied that they were involved in any way in this attack. The YPG is supported by the US and has played an important role in expelling the jihadist militias of the Islamic State (IS) from Syria.

Since the US withdrew, Turkey has attacked northern Syria several times. In this way, Ankara has managed to bring under its control a part of the Syrian border territories. Erdogan is now taking another step, threatening to launch a ground offensive.

The Kurdish militias also announced the development of retaliatory attacks, which did not delay. On Monday (21.11), a rocket fell in Gaziantep province, on the Turkish-Syrian border. Two people lost their lives, 19 were injured.

The mild reactions from Moscow and Washington, unlike other times, indicate that Ankara has previously spoken to both countries about the offensive. “We have communicated diplomatically with all the participants,” said President Erdogan, “and we have taken the various steps properly.”

Even Sinem Adar, an expert on Turkey at the Science and Politics Foundation in Berlin, thinks that Turkey did not launch the attack on its own. In a conversation with Deutsche Wellen, she says that the American consulate in Erbil, the capital of the autonomous Kurdish region in Northern Iraq, had asked citizens two days before the Turkish offensive to leave the affected territories.

The Kurdish community in Germany accuses Turkey of mainly attacking hospitals, residential areas and transport structures. According to them, Turkey’s military strategy is aimed at subduing the civilian population or displacing it. The Kurdish community asks the German government to take the same attitude it has towards Russia. When international law is violated, double standards cannot be used, they told Deutsche Welles. War causes suffering, brings death and displaces people from their land. Many politicians of the FDP, the Greens and the Left condemned the attack calling it “contrary to international law”. The German government also called on Turkey on Monday to refrain.

Christopher Burger, spokesman for the Foreign Ministry asked Ankara to react in accordance with the situation, respecting international law. This includes the protection of civilians and civilians at all times.

According to many experts, Ankara’s major offensive did not come suddenly. It is possible that the Turkish government has planned its development for a long time and was just waiting to find a pretext. Currently, it seems that the international political situation is in favor of Ankara. The expert on Turkey, Sinem Adar, recalls the ongoing talks for the admission of Finland and Sweden to NATO. Ankara has so far blocked the admission of these two countries, accusing them of supporting “Kurdish terrorists” and asking them to include the YPG in the list of terrorist organizations. In addition, Russia’s influence in Syria has declined due to the war in Ukraine.

For Ismail Küpelin, a political science researcher from Duisburg, operations like the current military offensive are part of Ankara’s basic policy to nip Kurdish efforts for autonomy and independence in the bud. But Turkey’s difficult economic situation also plays a role in the revival of the great offensive. At the beginning of summer 2023, elections are held in Turkey and the AKP intends to remain in power. According to official data, the inflation rate in Turkey was recently 85.5 percent. Many people are unable to meet basic needs. Critics accuse Erdoğan of seeking to divert attention from the crisis with the big offensive, inciting the nationalist sentiments of the people in times of crisis, in order to increase support in domestic politics.

It seems that this calculation has turned out well: Because in fact the entire opposition supported the military offensive. Faik Öztrak, the spokesman of the largest opposition party CHP, said (21.11) that his party supports the Turkish army’s fight against terrorism and terrorist organizations.

“The soldiers are our soldiers, the army is our army. Our fight against terrorism is legitimate, and anyone who falls on the necks of soldiers to win more votes is not doing politics,” Öztrak said.

The Assembly approved the project of the Port of Durrës, Rama reacts: It will be an extraordinary economic engine for Albania

Milan in anxiety: problems in the Achilles tendon for Maignan