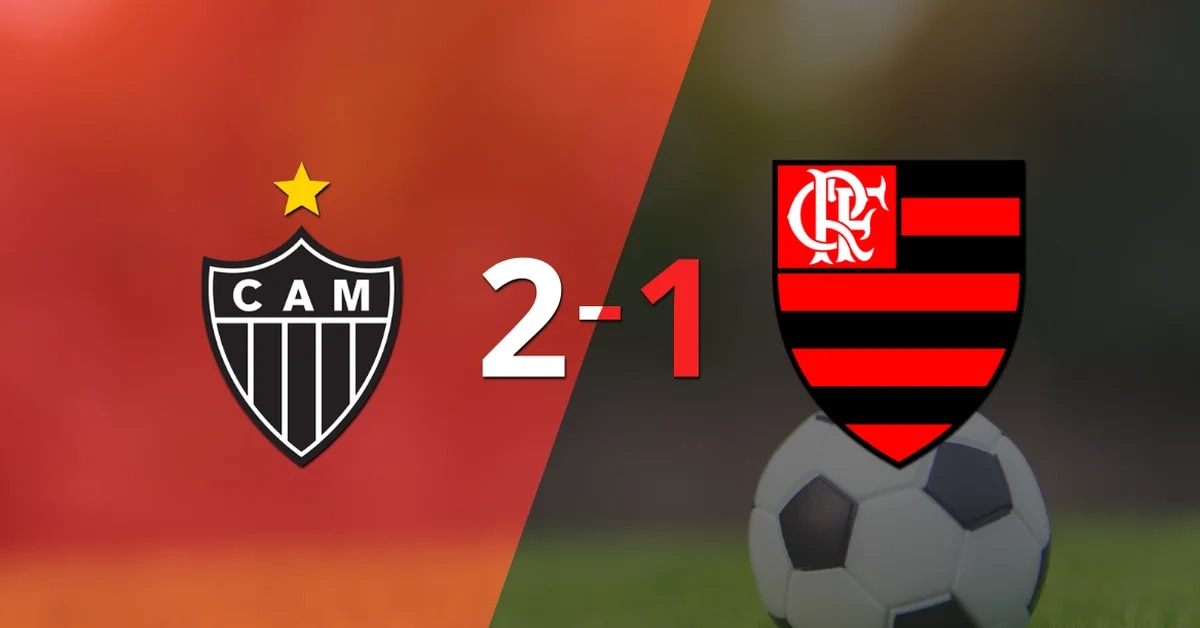 A great play by Flamengo, 34 minutes into the second half, was the one that moved the scoreboard thanks to Lázaro. After receiving an assist from the right from Rodinei, the forward placed it to the right post and low. Impossible for the goalkeeper!

Antonio Mohamed’s team created danger with a shot from Calebe, 92 minutes into the second half, which ended up hitting one of the posts.

The best player of the match was Hulk. The Atlético Mineiro attacker scored 1 goal and shot at the opposite goal 2 times.

Lázaro also stood out in the Mineirão. The Flamengo attacker scored 1 goal.

The match was cut short due to the number of fouls committed by both teams. There were several cautioned: Ademir, Éverton Ribeiro, Andreas Pereira, Pablo and Éverson.

The coach of Atl.Mineiro, Antonio Mohamed, proposed a 4-5-1 formation with Éverson in goal; Mariano Ferreira, Nathan Silva, Júnior Alonso and Guilherme Arana in the defensive line; Allan, Otávio Santos, Eduardo Vargas, Ignacio Fernández and Keno in the middle; and Hulk on the attack.

Luiz De Oliveira was the referee who directed the match at the Mineirão.

The victory achieved this Wednesday allows Atl.Mineiro to arrive with some peace of mind to face Flamengo next Wednesday, July 13, in the match that will define the passage to the Quarterfinals.

Winker homers and drives in 3, Mariners shut out Oakland 9-0