As part of the Chavista delegation! Alex Saab’s wife will join the dialogue table in Mexico 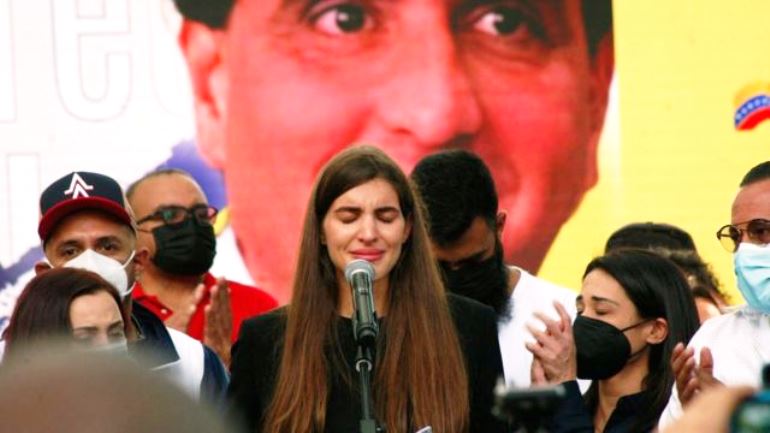 
A lot of information has flown in the last few hours about the return of de dialogue between chavismo and opposition in Mexico, which will take place starting this weekend. One of the novelties that will be presented in this restart of the negotiating table is the incorporation, by the delegation of Nicolás Maduro, of theThe wife of Colombian businessman Alex Saab, Camila Fabri.

The sentimental partner of the alleged figurehead of Maduro, who was extradited to the United States last year, after being accused of money laundering accusationswill seek to exert pressure to materialize the requests of the Chavista bloc in Aztec lands.

Both delegations are expected to meet this weekend, under the gaze of various nations around the world, who support and advocate an understanding of both parties in order to achieve the strengthening of democracy in the country.

It must be remembered that the negotiating table was interrupted in October 2021, after the Saab’s extradition to the United States. This was the protest measure exercised by Chavismo to show their disagreement with the decision. Maduro’s representatives have been demanding that Saab be considered one of the negotiators, even though he is in prison.

“We welcome the incorporation of the human rights defender, Camila Fabri de Saab, to the Venezuelan government delegation while the full incorporation of our diplomat takes place”, reads part of the statement released by Chavismo.

In the same way they reiterated their rejection of what they consider the “illegal detention of Saab”, all this through a message that the head of the Chavista delegation, Jorge Rodríguez, announced through his Twitter account.

It must be remembered that Alex Saab is linked, according to journalistic investigations, to corruption cases related to a state program for the distribution of basic food in Venezuela, as well as to the government’s low-income housing plan.

Road clearing after overflow of stream in Cordero

Do farmers benefit from the winter wheat production support program?

San Juan will host a regional futsal tournament for both branches

The release of dangerous food, “Lori” and “Chanakh” cheeses, has been suspended

Tuesday is even hotter: forecast indicates a maximum of 30 degrees