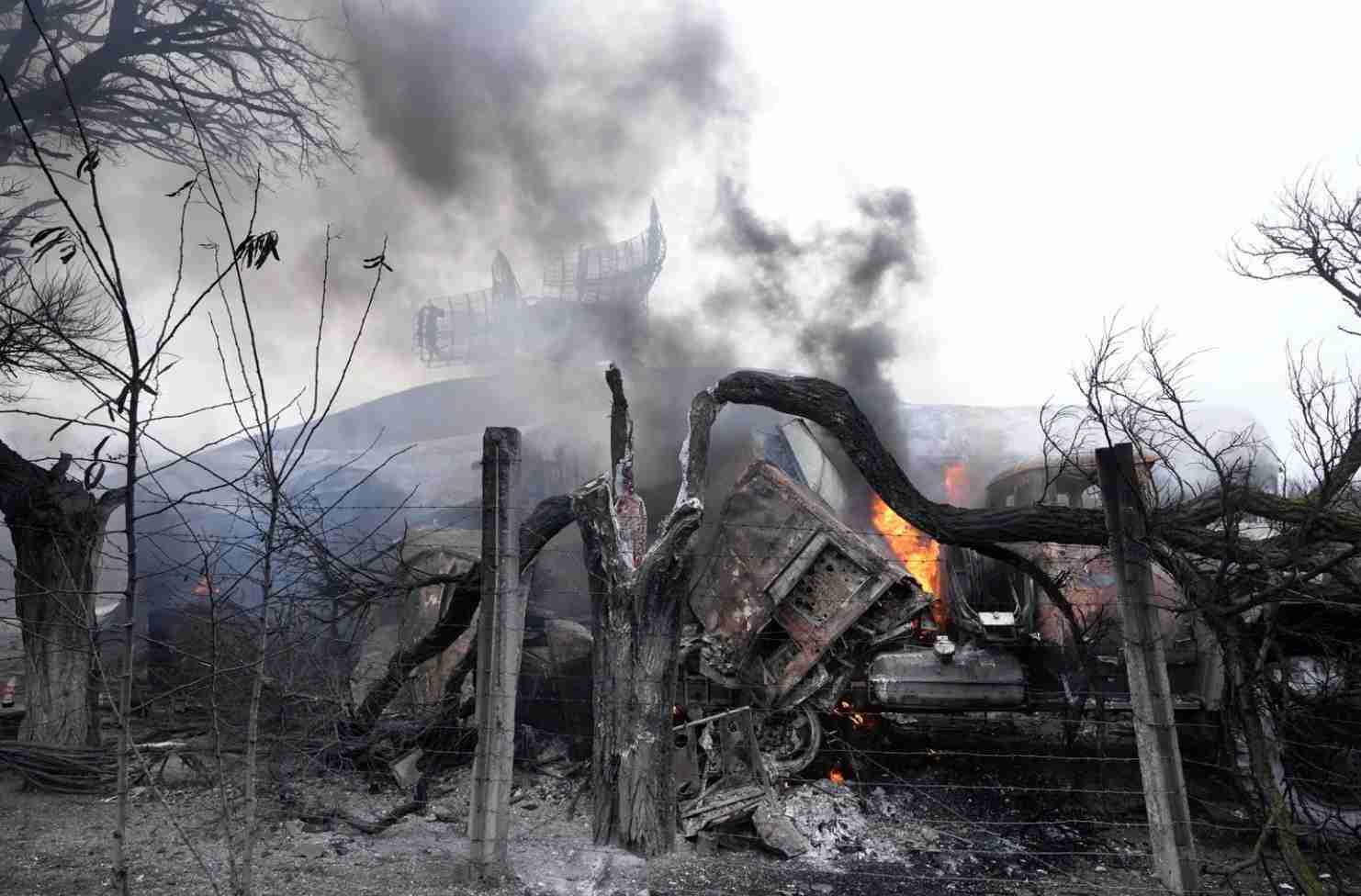 
The Argentine government today reiterated its “firm rejection of the use of armed force” and called on Russia to cease military actions in Ukraine.

“The Argentine Republic, faithful to the most essential principles of international coexistence, makes its strongest rejection of the use of armed force and deeply regrets the escalation of the situation generated in Ukraine,” the Foreign Ministry said in a press release. released this morning, the content of which was advanced by the spokesperson for the Presidency, Gabriela Cerruti, at her usual press conference on Thursdays at Casa Rosada.

In this sense, before the beginning of the Russian bombardments in different parts of the Ukraine, the Argentine Government reaffirmed that “fair and lasting solutions can only be achieved through dialogue and mutual commitments that ensure the essential peaceful coexistence”.

See also: Argentina defeated Japan and will play Australia in the quarterfinals in Tokyo

“Therefore, it calls on the Russian Federation to cease military actions in Ukraine,” he added.

He also raised “the need for full adherence to all the principles enshrined in the Charter of the United Nations, without ambiguities or giving precedence to some over others, with full respect for international law, the sovereignty of states and their territorial integrity, the peaceful settlement of disputes and the full and profound respect for human rights”.

Likewise, the national government reaffirmed “its commitment and confidence that all the mechanisms of the international community can be activated for this, with the active participation of the United Nations,” the statement said.


«The intensification of the winds of war seriously hinders the urgent objective of preserving life, it is essential that all those involved act with the greatest prudence and de-escalate the conflict in all its aspects right now to guarantee peace and comprehensive security for all nations,” he concluded.

«The intensification of the winds of war seriously hinders the urgent objective of preserving life, it is essential that all those involved act with the greatest prudence and de-escalate the conflict in all its aspects right now to guarantee peace and comprehensive security for all nations»

At the usual press conference held on Thursdays at the Casa Rosada, when asked about the possibility that President Alberto Fernández convene a meeting of CELAC, which he chairs, spokeswoman Gabriela Cerruti indicated that “it is always an opportunity” , and reiterated that this bloc “has always urged a peaceful resolution of conflicts.”

See also: Turn in the case of the death of Gabby Petito with the discovery of the remains of her boyfriend

“Latin America is a land of peace, and it will not support any war anywhere in the world,” the spokeswoman stressed.

In addition, he reported that the Foreign Ministry is in “permanent contact with the Argentine Embassy in kyiv, deploying an emergency system to attend to the 83 Argentine citizens who are permanently settled there and the 20 who are in transit, reinforcing the items of “passports provisional”.

The spokeswoman also indicated that a network was formed among them so that they are in permanent contact with the Argentine embassy in the place, and also said that Foreign Minister Santiago Cafiero was following the situation every day.

Strange liver disease spreads in children; The adenovirus behind it?

THIS IS A SERIOUS DISEASE! Maja Marinković has never criticized Janjuša more brutally: So much about how much he is interested in ex-wives!